A random detour post-work as I was feeling extremely peckish and felt the need to reward myself especially after such a long week's shift of 9 to 10 hours on my toes.

I initially planned on just having a sausage roll but the poor shop assistant may have heard me incorrectly and picked the wrong one. To save him the hassle of unpacking, I merely asked him to add the one I wanted on top of that order. 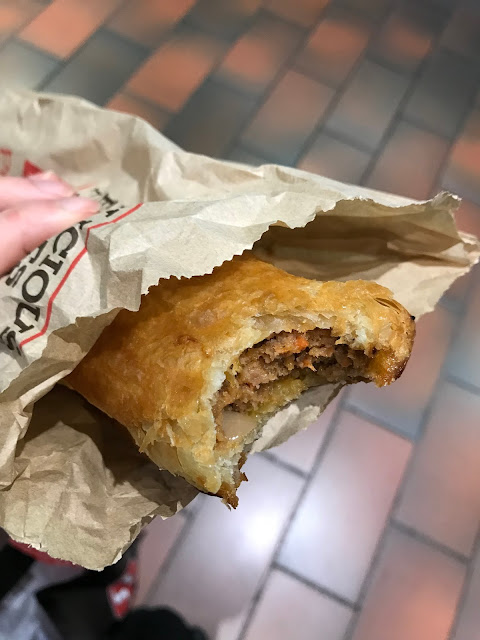 One was a beef sausage roll and the other must be, I believe, a plain pork sausage roll. Wouldn't say the filling wowed me in any way and felt as though there were more fillers in it as compared to real meat.

Both sausage rolls tasted pretty similar and I suspect, the same filling was probably used in both situations. 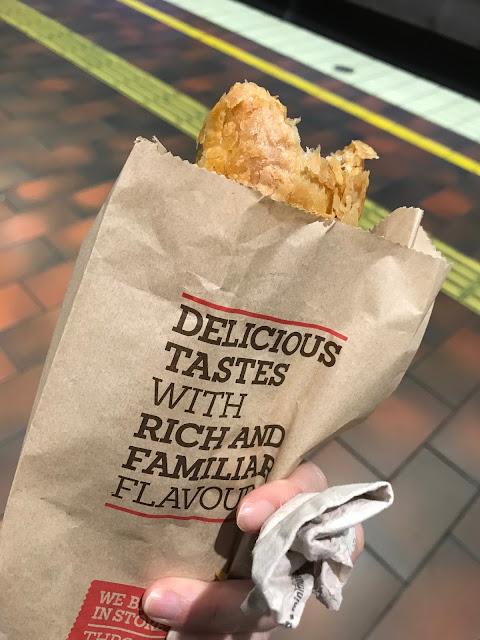 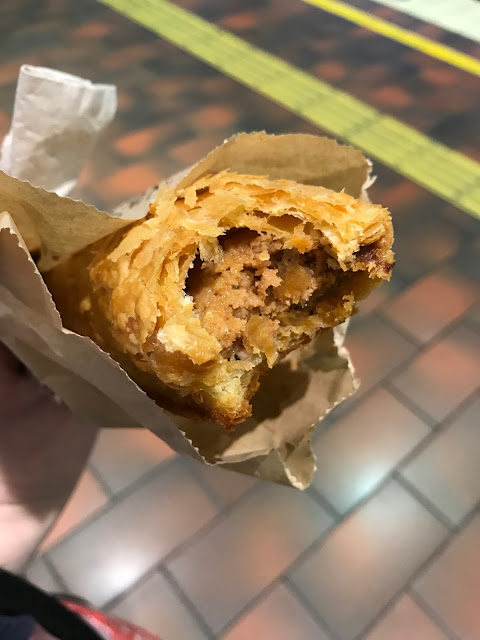