Day 3 in Taipei begun with a trip to the National Palace Museum, a must see museum in Taiwan which houses one of the biggest artifact/ treasure collection from China. One can easily take the MRT to the museum (stop at Dazhi station and then take a bus there. I took a couple of extra minutes to read to bus stop's sign boards to make sure I get off at the right stop. Inside the bus, the bus driver will announce when it arrives at a particular destination. Easy!).

The museum opens daily and there is a small entrance fee for visitors. No cameras allowed inside, unfortunately. On the particular day that I was there, the museum displayed a lot of art pieces that were well maintained since the earlier Chinese dynasties. For an anything-history fanatic, I was impressed and would have liked to see their entire collection of artifacts, if possible. Sadly, I doubt that I had a look at 80% of their other collection. 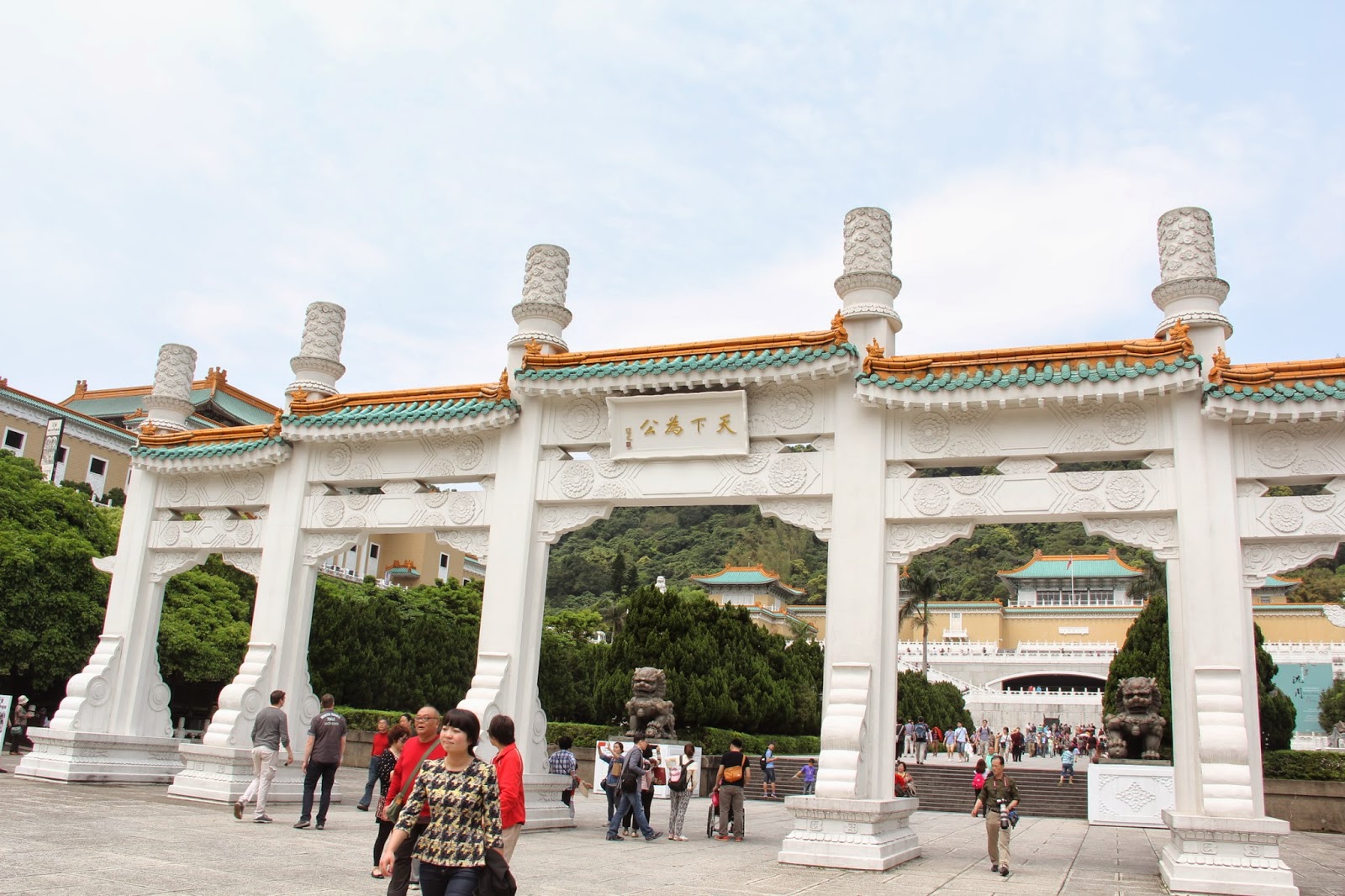 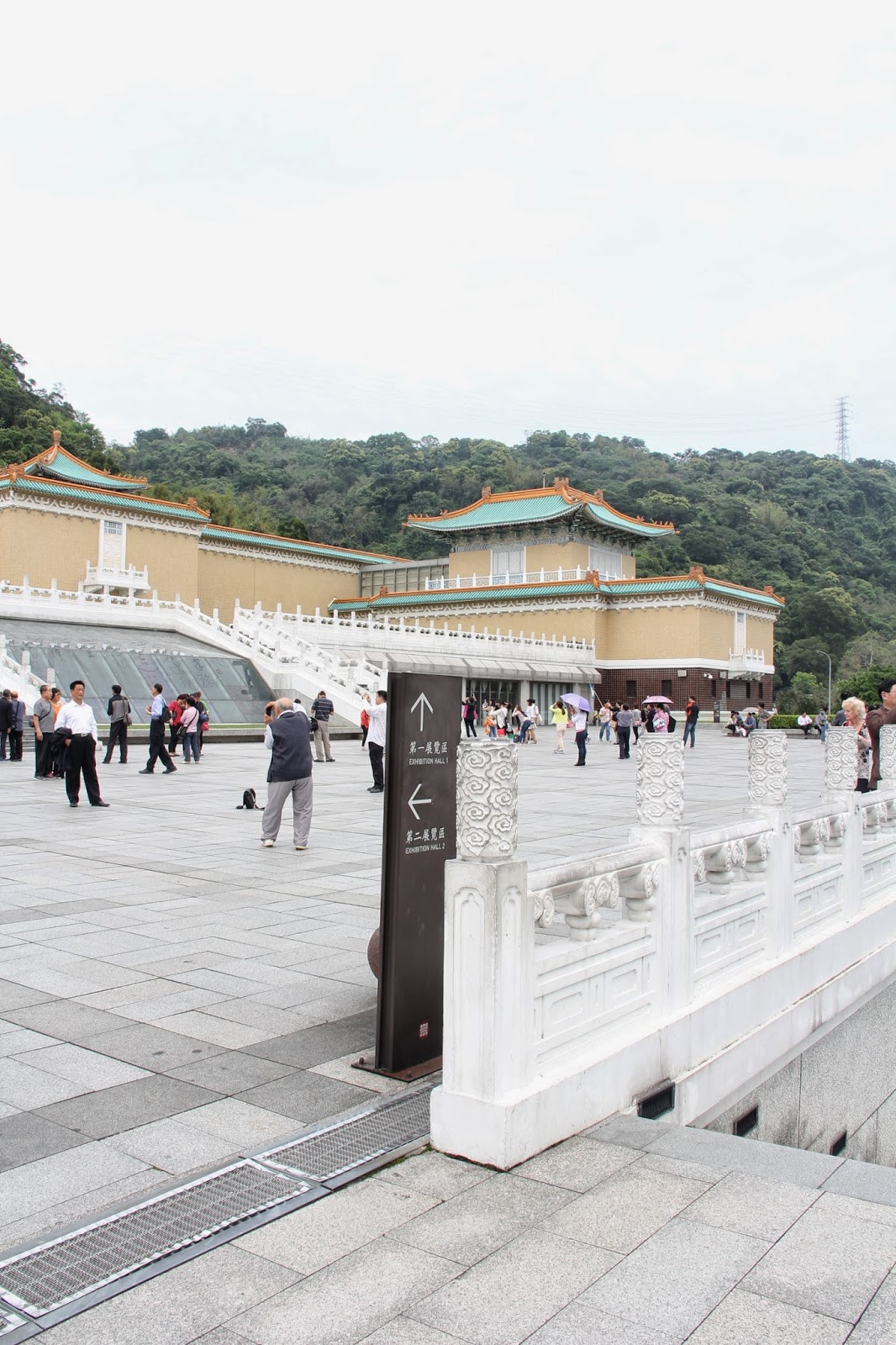 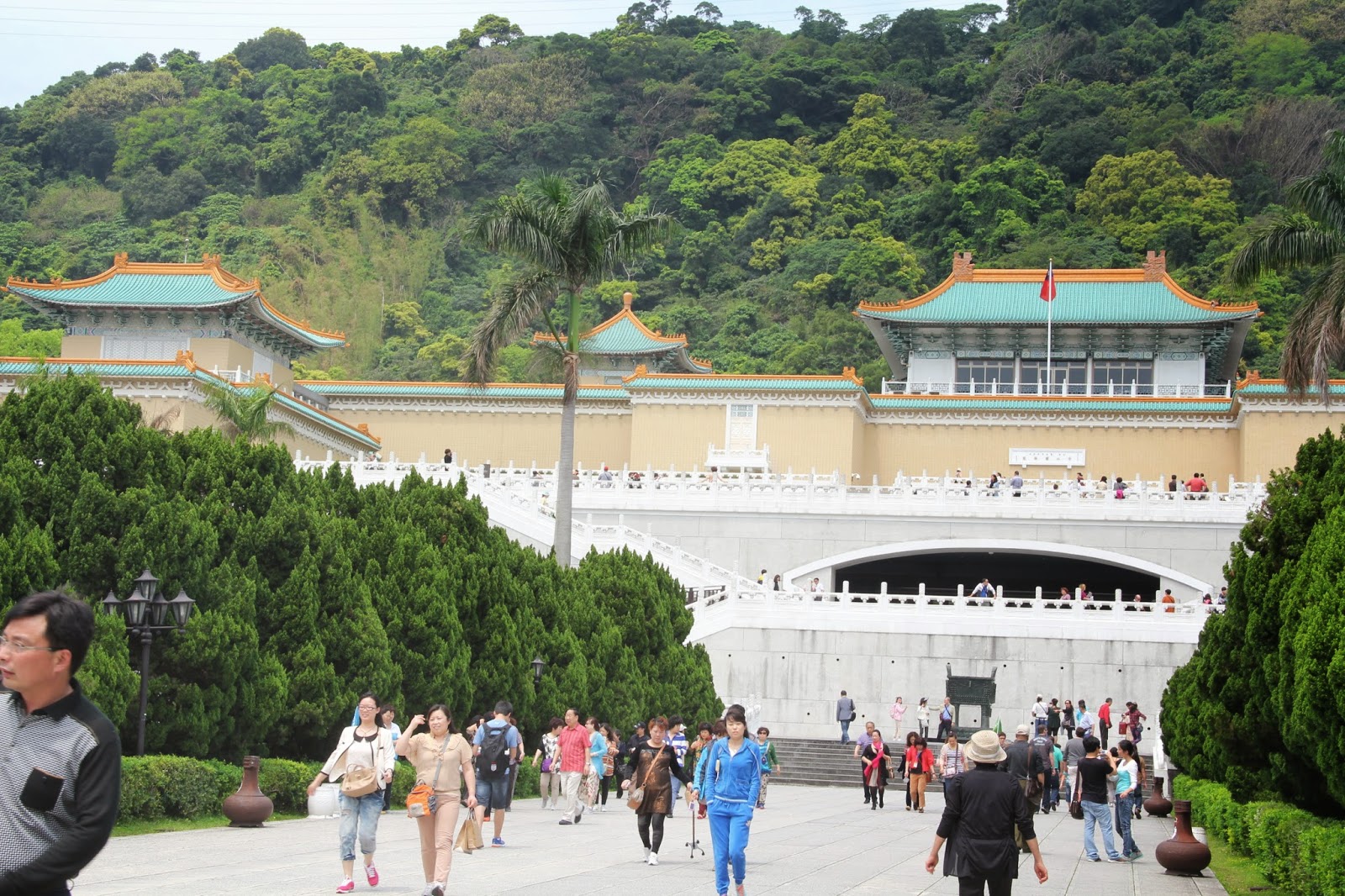 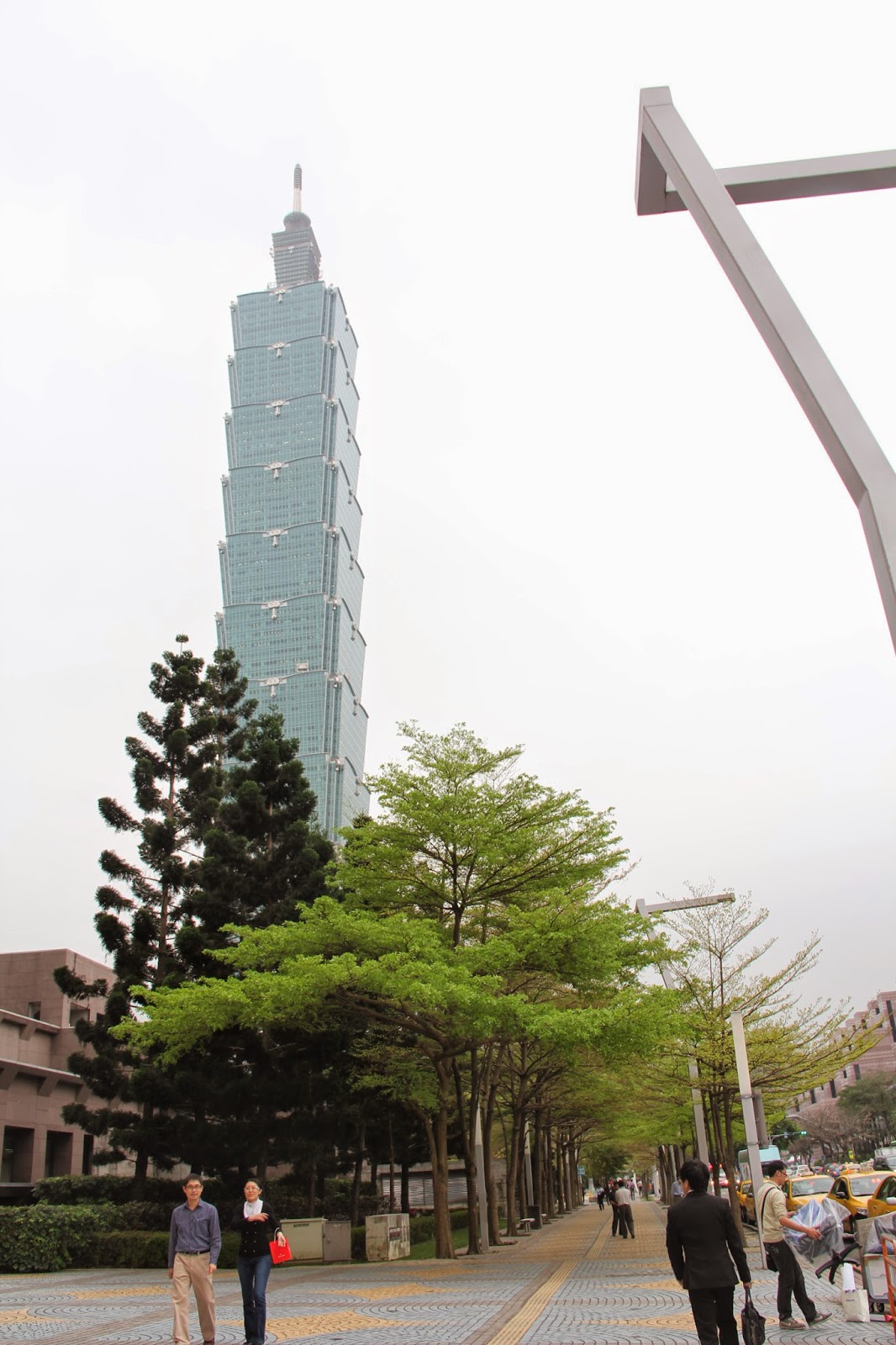 After spending the morning at the museum, we adjourned to Taipei 101, one of the tallest buildings in the world. We decided not to head up the building because it was a cloudy day and we were not too keen on the view from above. Nonetheless, it would be an interesting place to go for kids though (apparently the lift travels at the speed of light!). 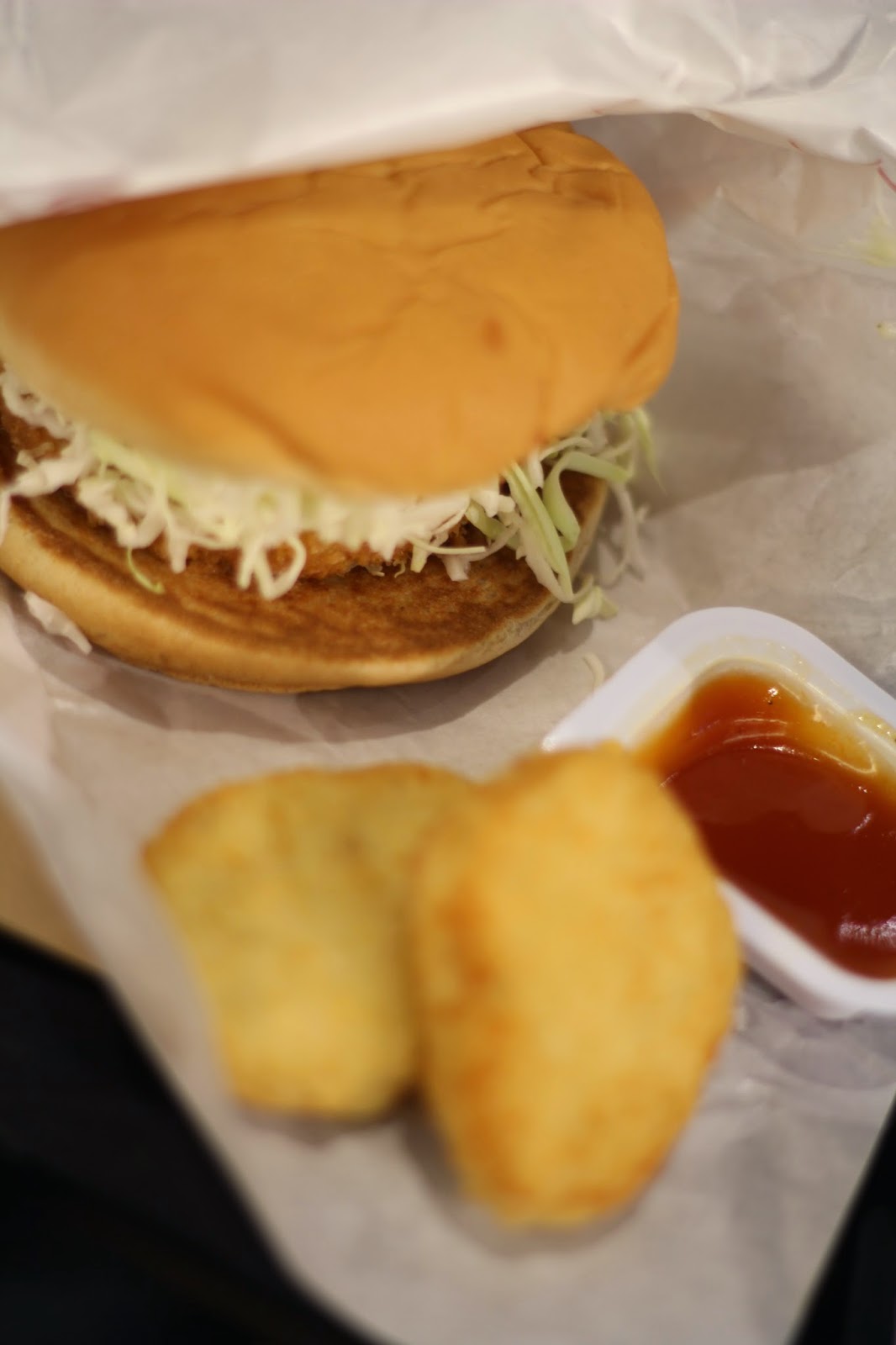 Ate at Taipei 101's food court, nothing much to shout about, especially when the prices are slightly higher than other places. I did not shop in the CBD area, mainly because the prices did not agree with my wallet and for the fact that I will be heading back to Kuala Lumpur aka shopping heaven.

Affordable clothing brands there include Zara, Mango and Pull and Bear whilst the higher end brands include LV, Tiffany and Co, Prada and so forth. Not many locals here, that's for sure. 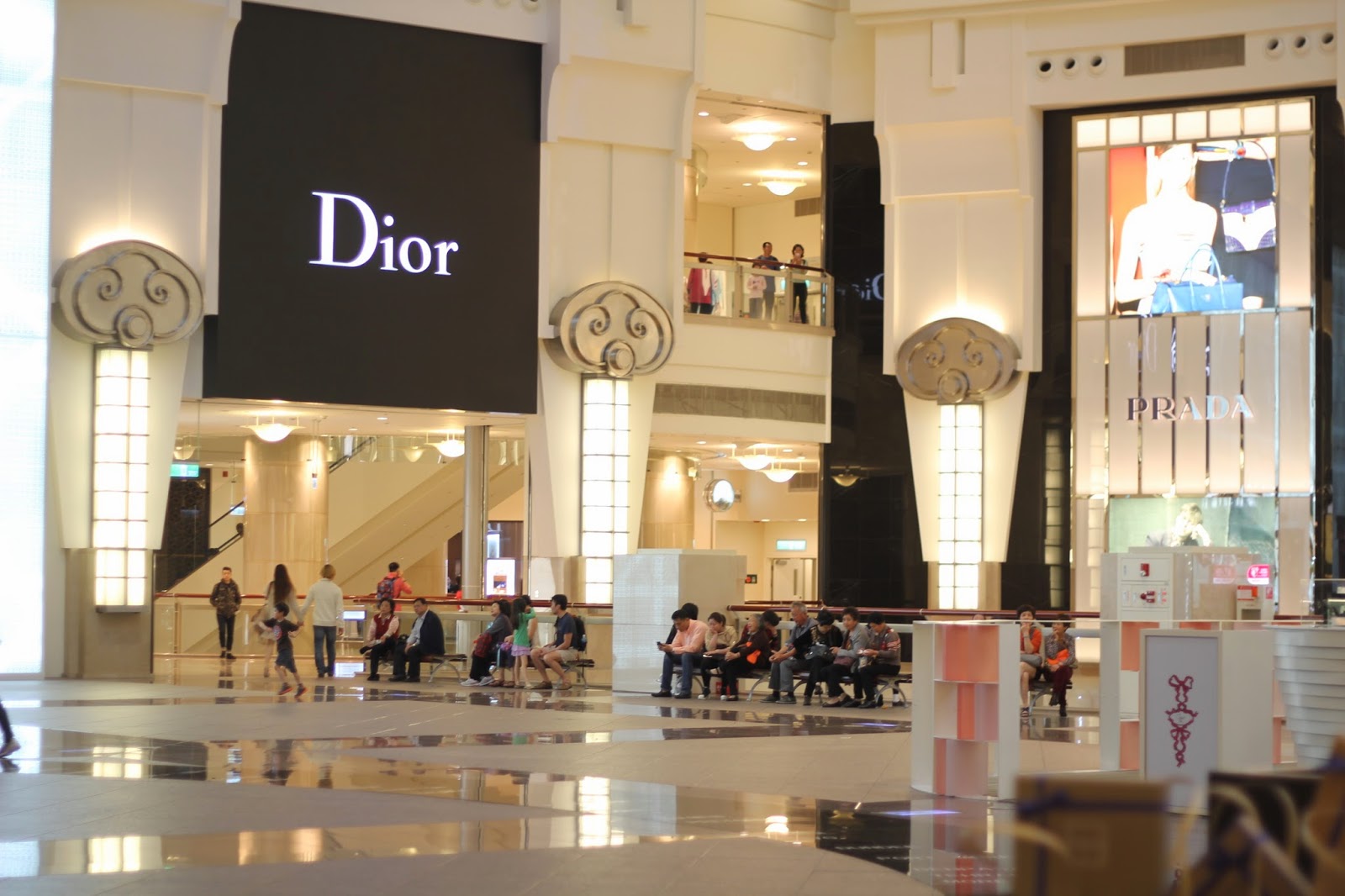 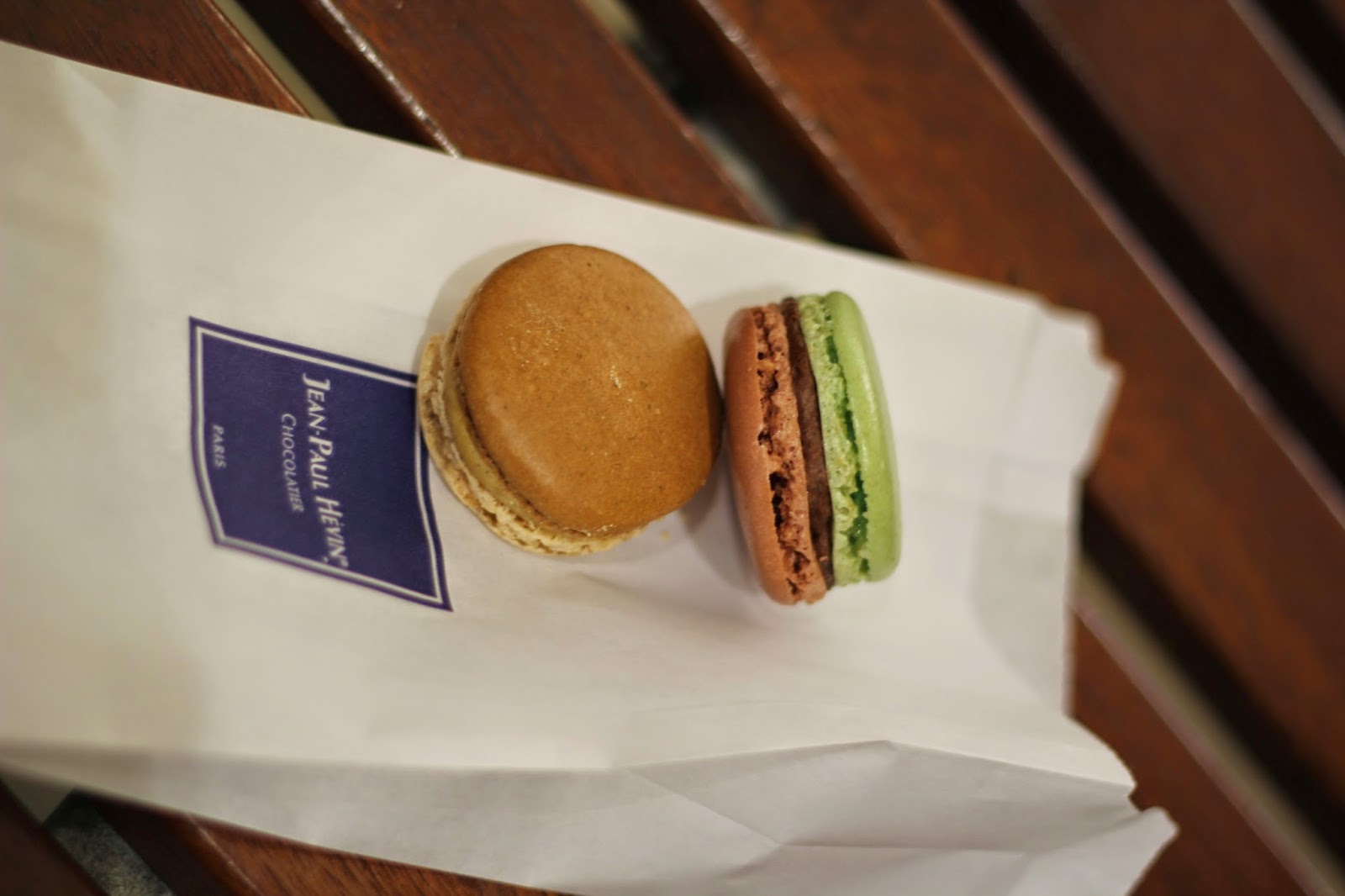 One of Taipei 101's highlights would be a having Jean Paul Hevin's chocolate shop cleverly located at the highest floor of the shopping building. The sister and I chose one aud$5 macaron each and thought it was one of the most yummilicious macarons we had. Even the mother agreed.

Afterwards, we headed to Bellavita, to a patissier shop that I have been dying to go to for the longest time. First impression of Bellavita? Classy building with an impressive array of international food products in the lower ground floor. Now I know where to go if I am rolling in NTD.

So anyways, we brought ourselves to Patisserie Sadahara Aoki, a famous patissier that I have read so much about but never did had the opportunity to come close to anything he made. Well, I am still far from it but at least I am one step closer! 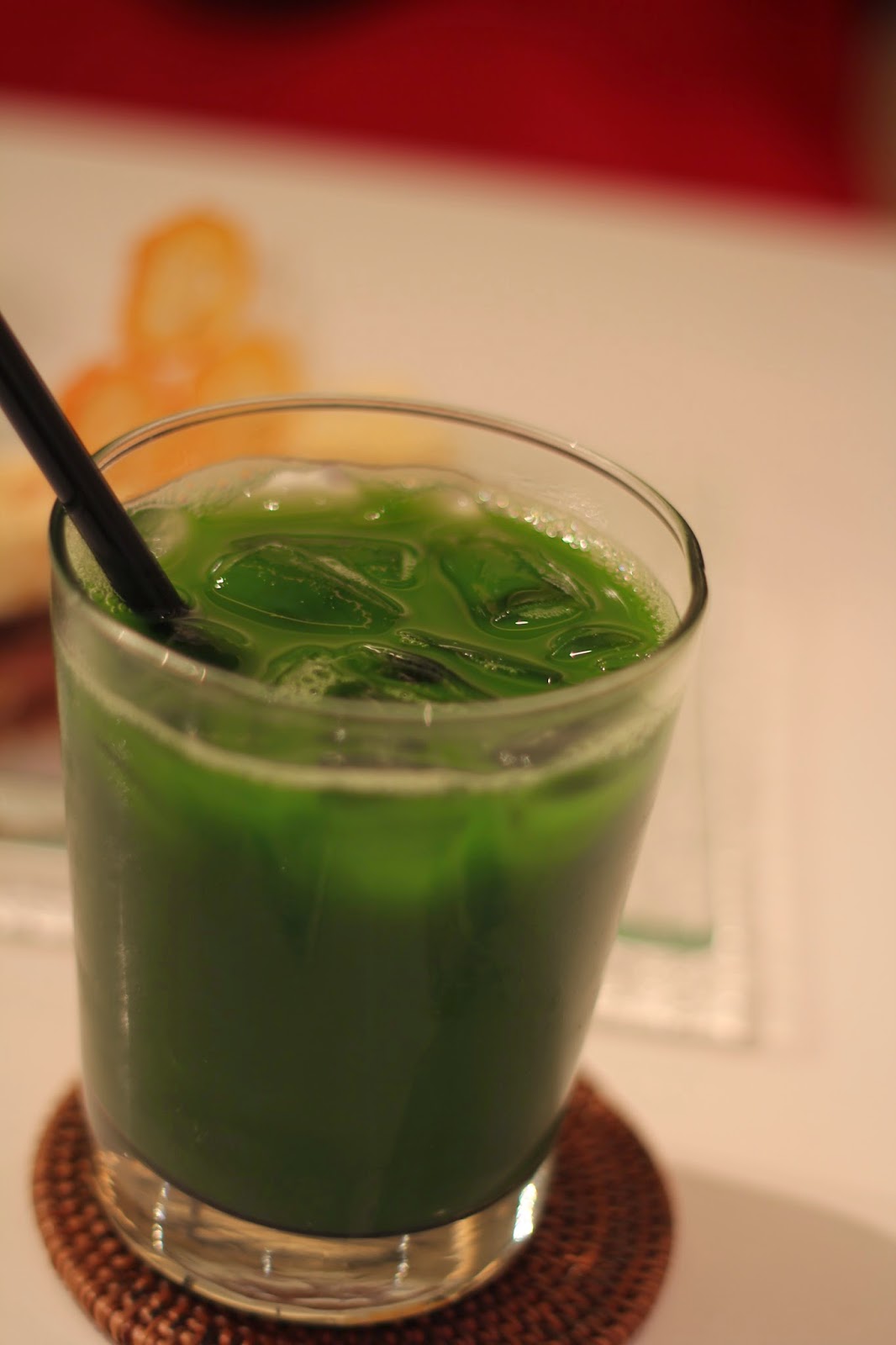 I ordered a matcha glace which tasted quite refreshingly sweet and was not overly bitter. In terms of prices here, it is rather comparable to the cost of eating desserts in Adelaide so I did not feel the pinch too much. 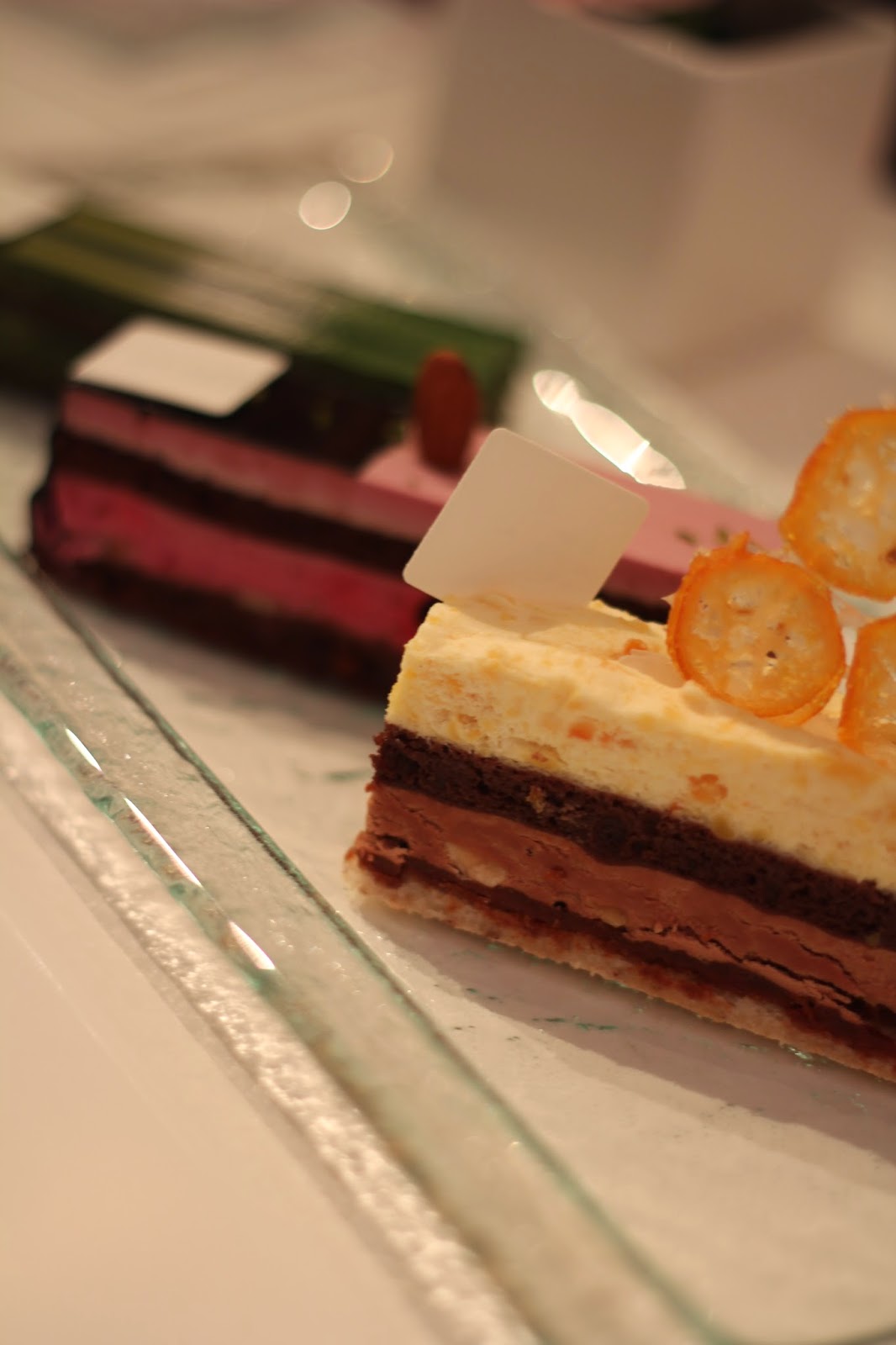 Ordered (from memory) green tea bamboo, cassis cake and valencia. Each slice of cake had very defined layers and was well constructed, admittedly. We then ordered one of their massive macarons (because I never had one before haha!) and it was good. Wished I could have tasted their other pastries but that will have to wait till I get to Paris for a better comparison, that is:) 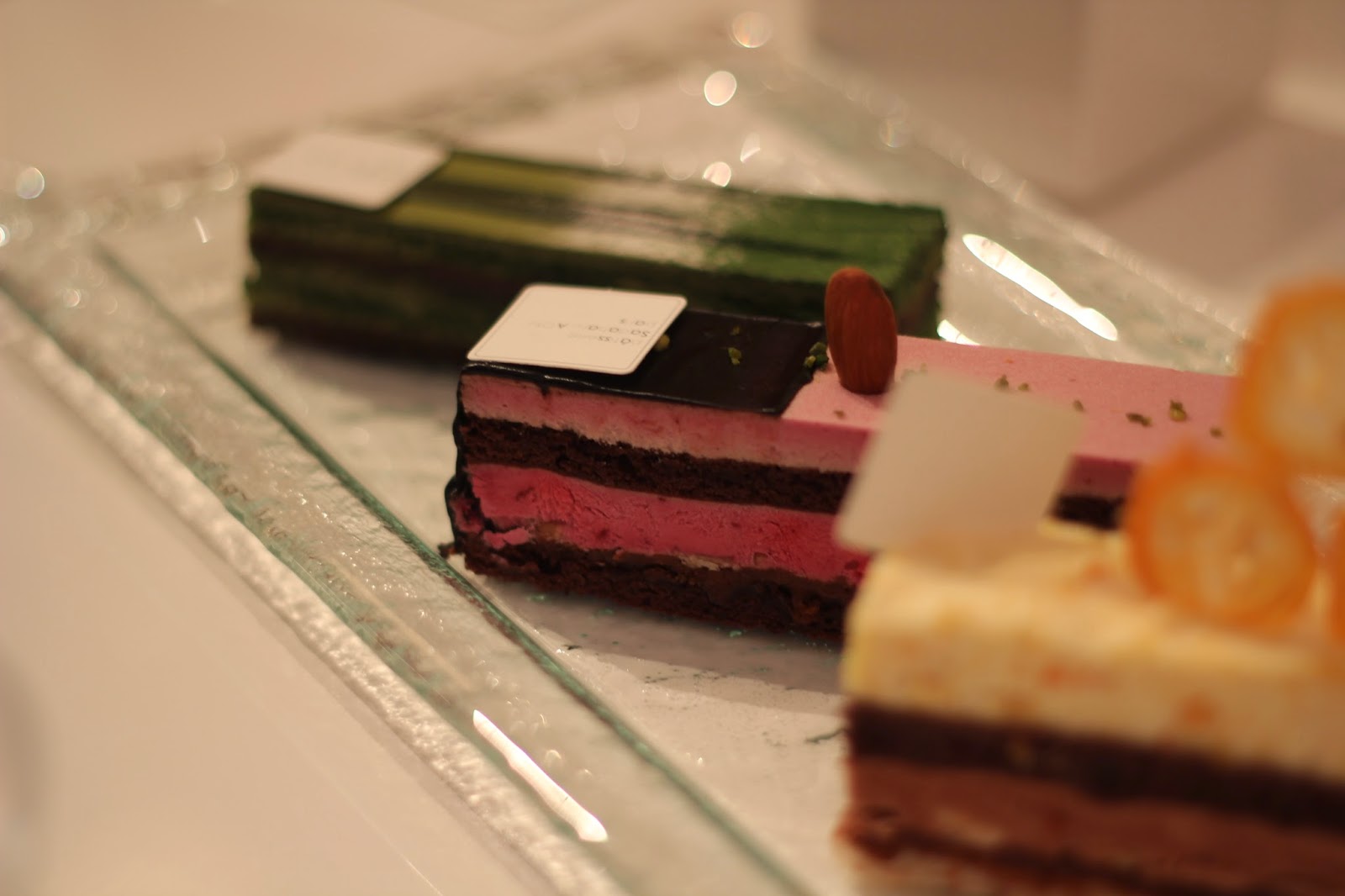 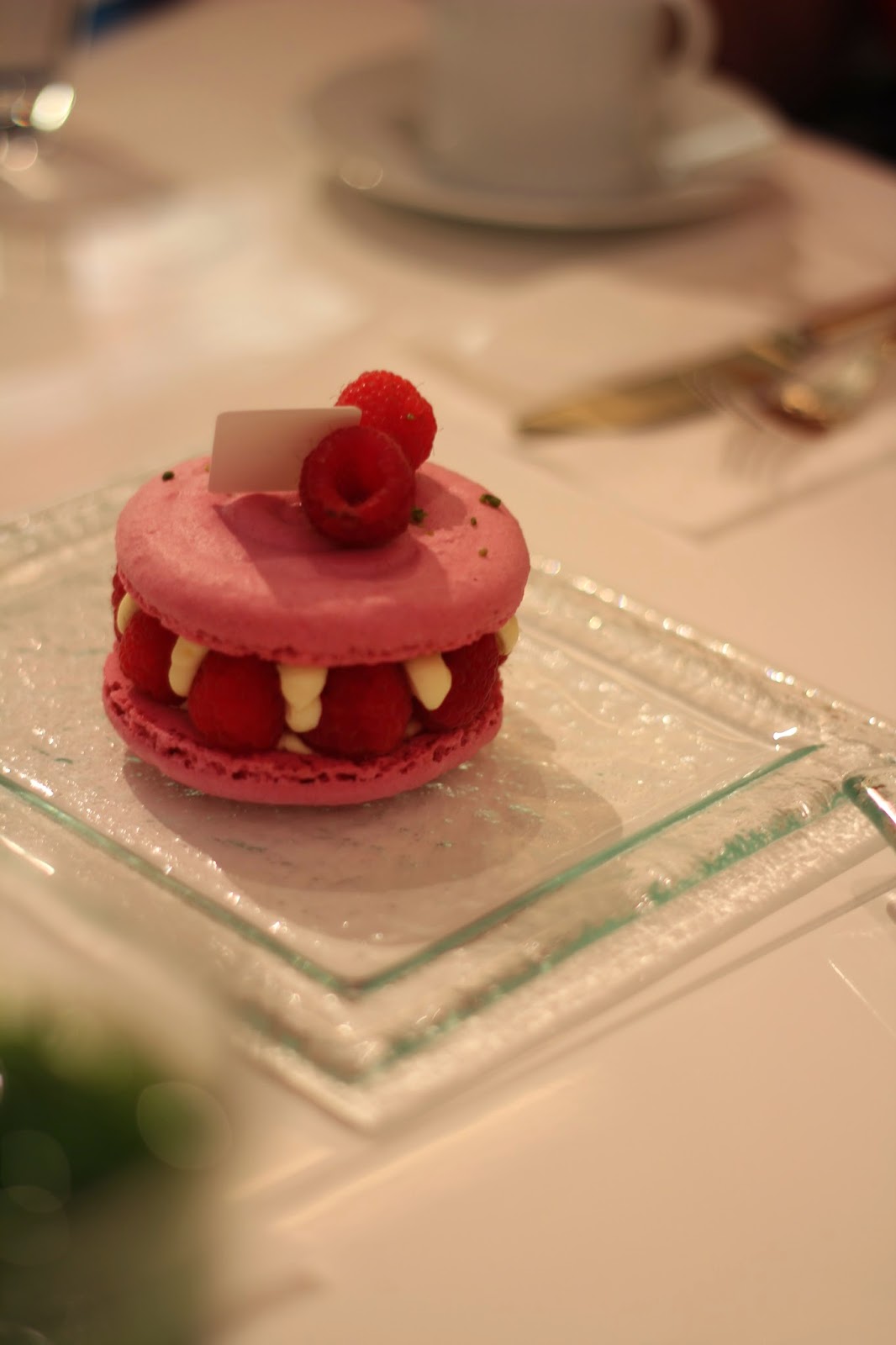 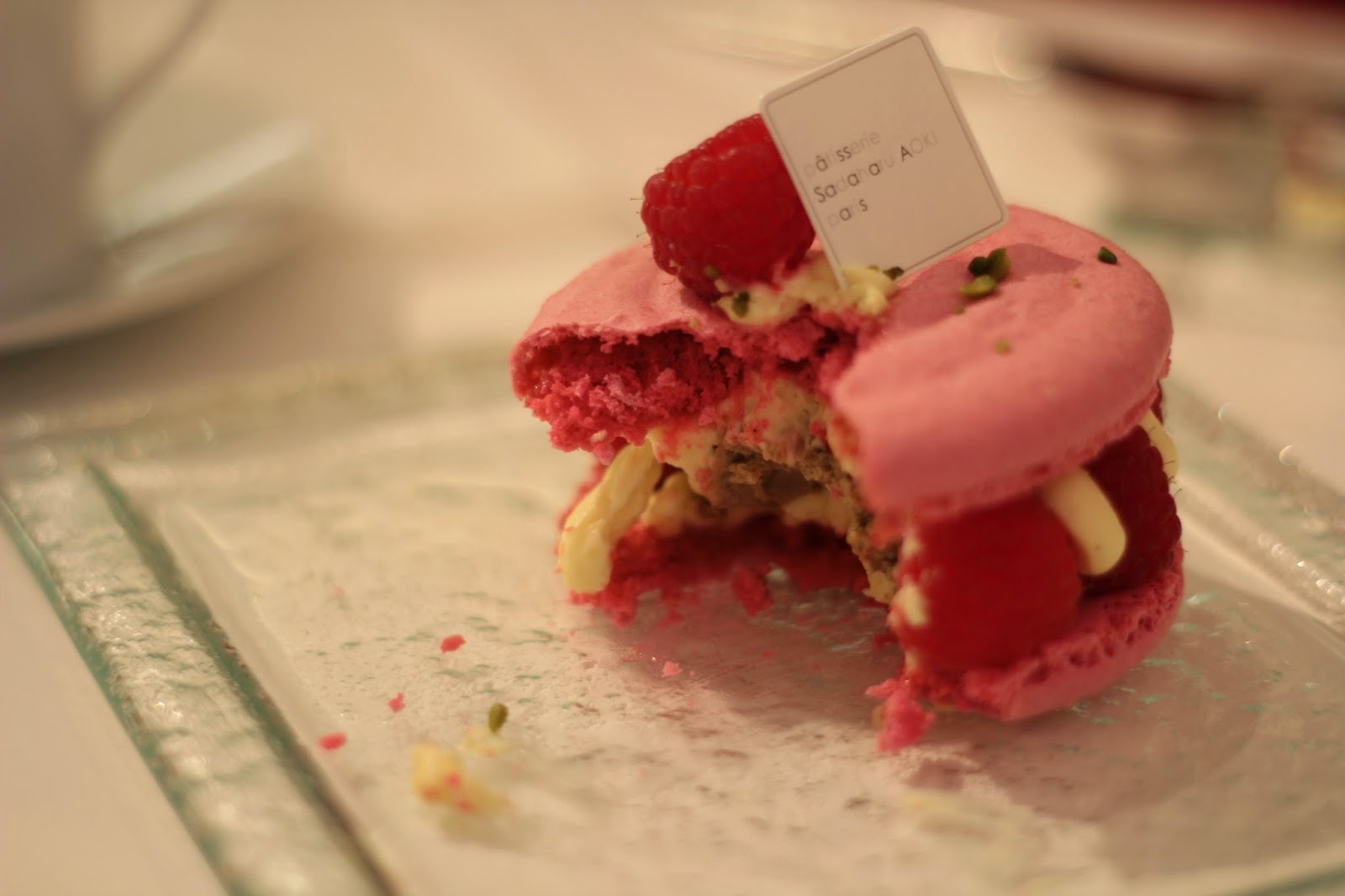 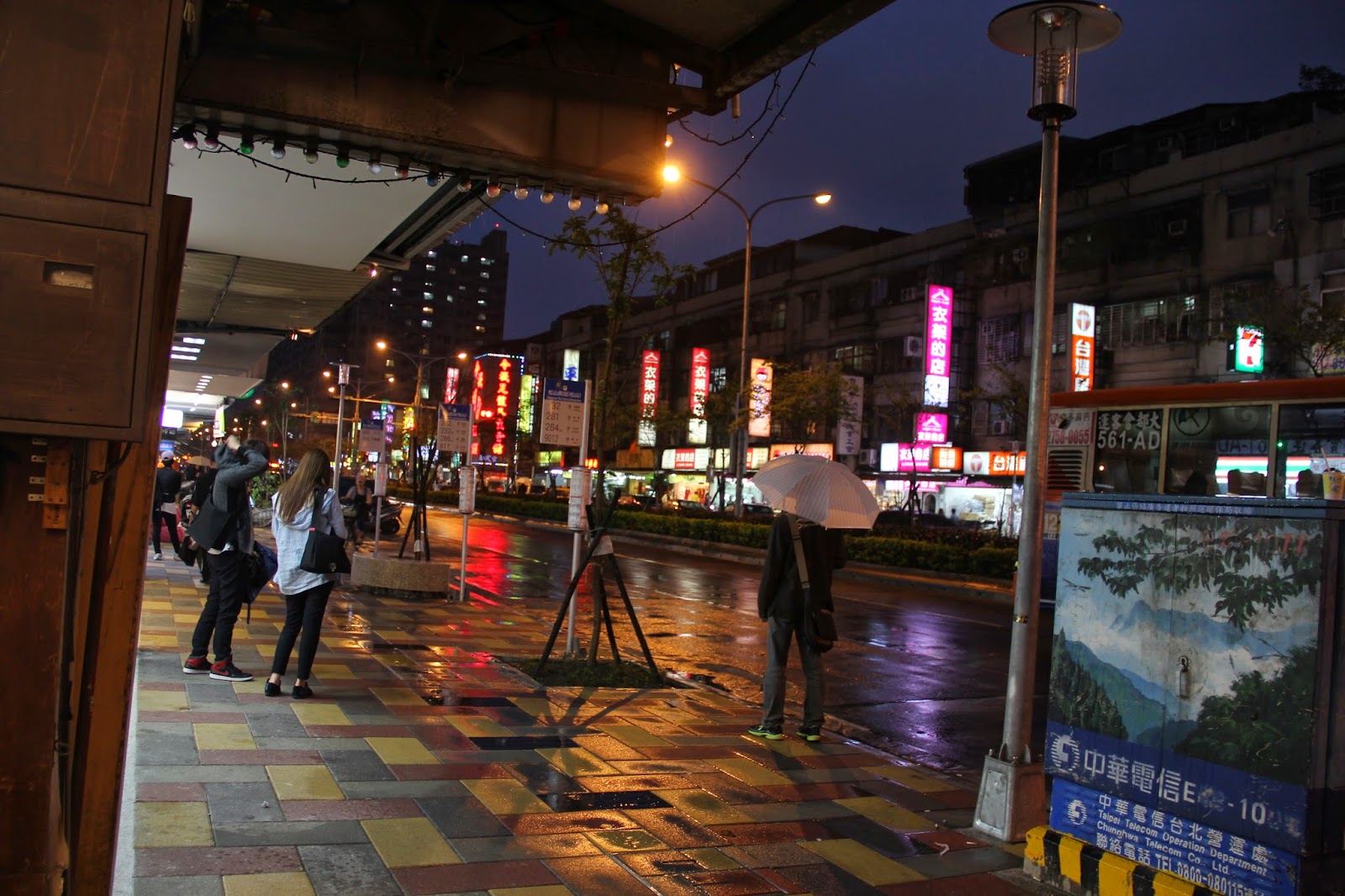 We ended the day by heading to yet another famous night market to feed ourselves for dinner and visited Wu Fen Pu, a famous shopping district that has the most clothing shops mushroomed around an area. I went there on a Monday and true to what was mentioned by other bloggers, shopkeepers don't really have time for you as they are busy doing stocktaking. Not that it bothered me, I prefer to shop without the shopkeeper stalking me. 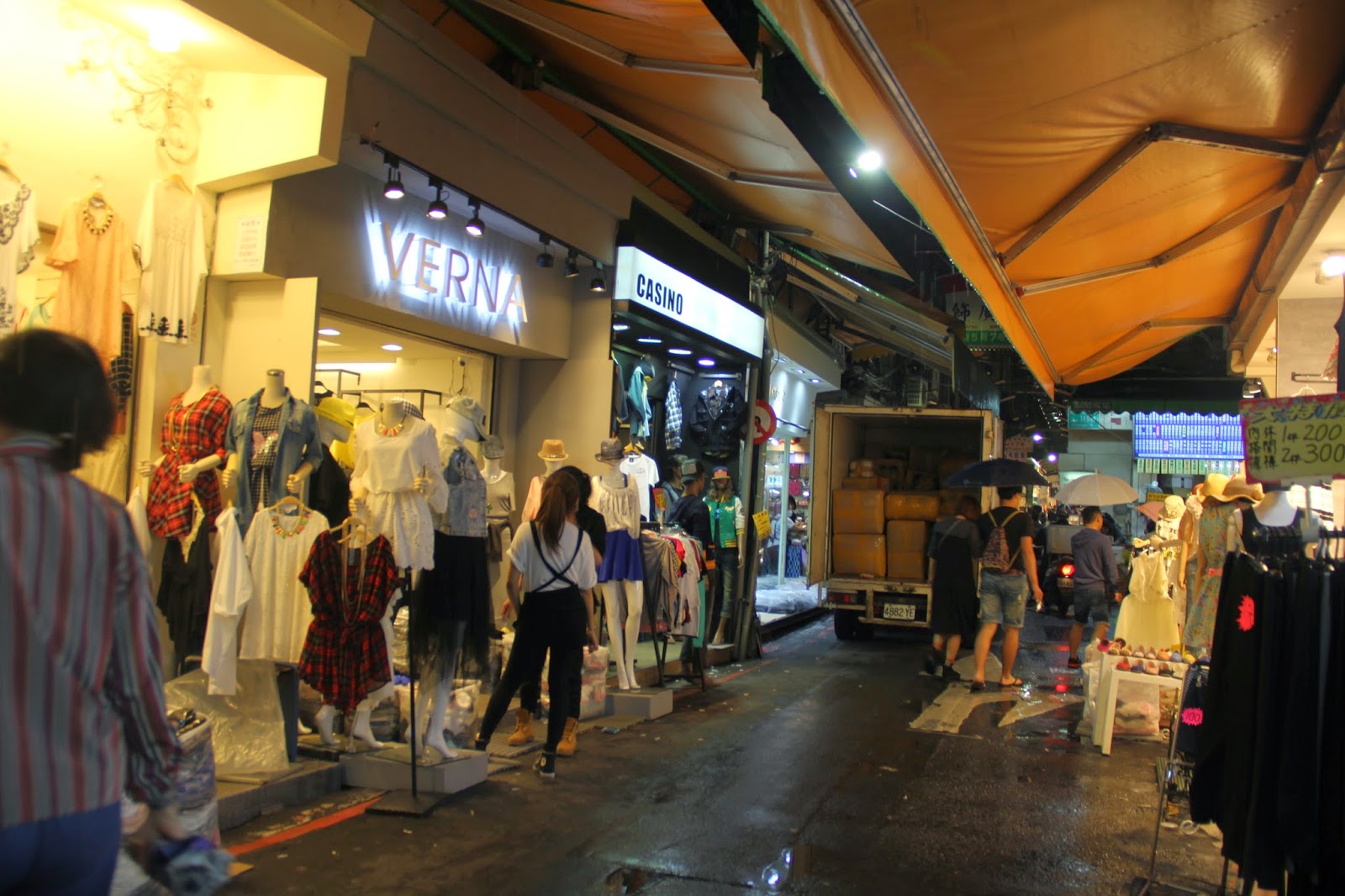 Did not buy anything at all as the prices did not agree with my wallet and as mentioned before, Kuala Lumpur is where it is at!:) Went to the MRT station to find the good ol'trusty signboards to point us in the right direction and soon after, we are at Raohe Night Market, one of the places recommended by my Taiwanese friend. 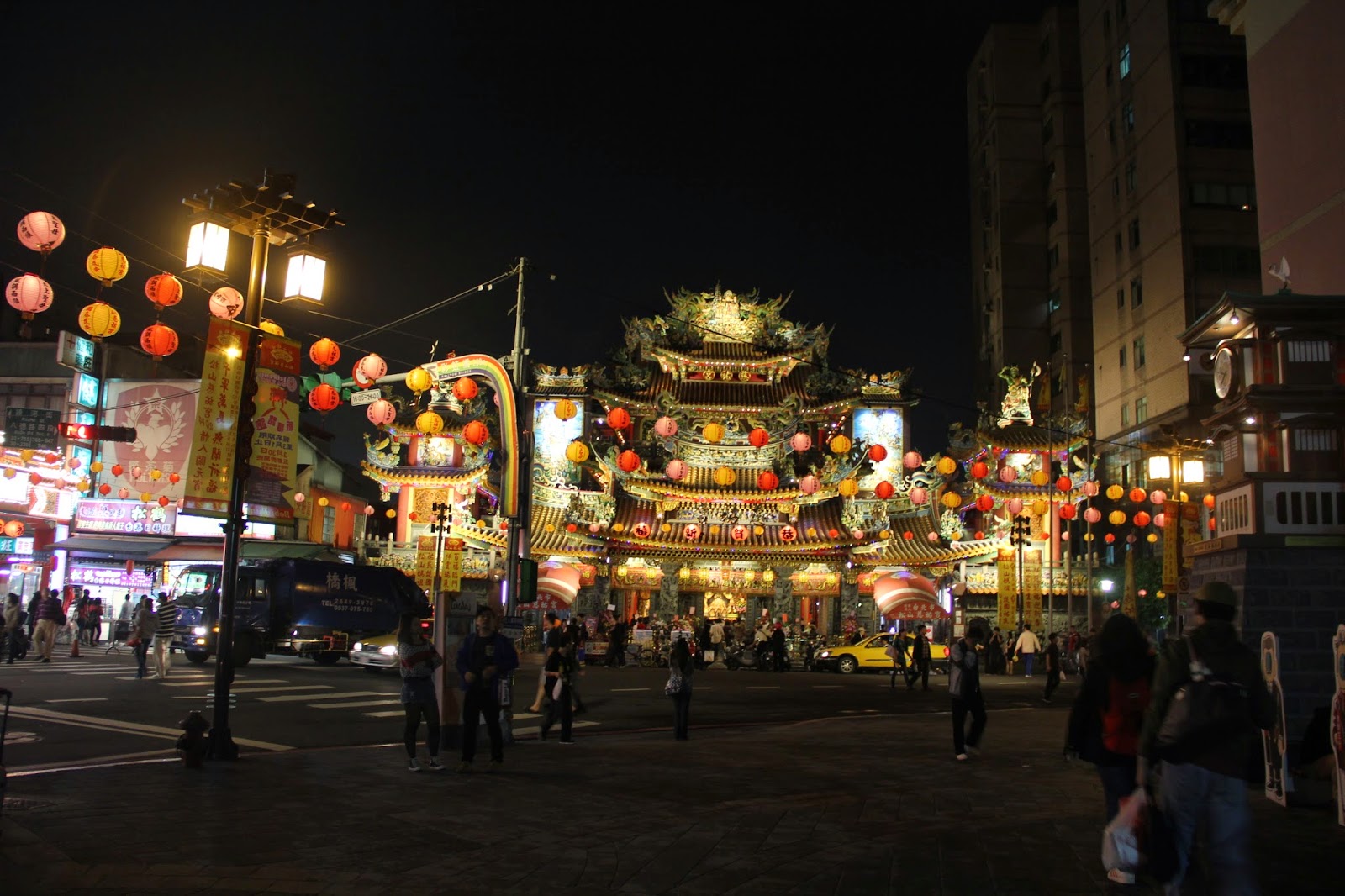 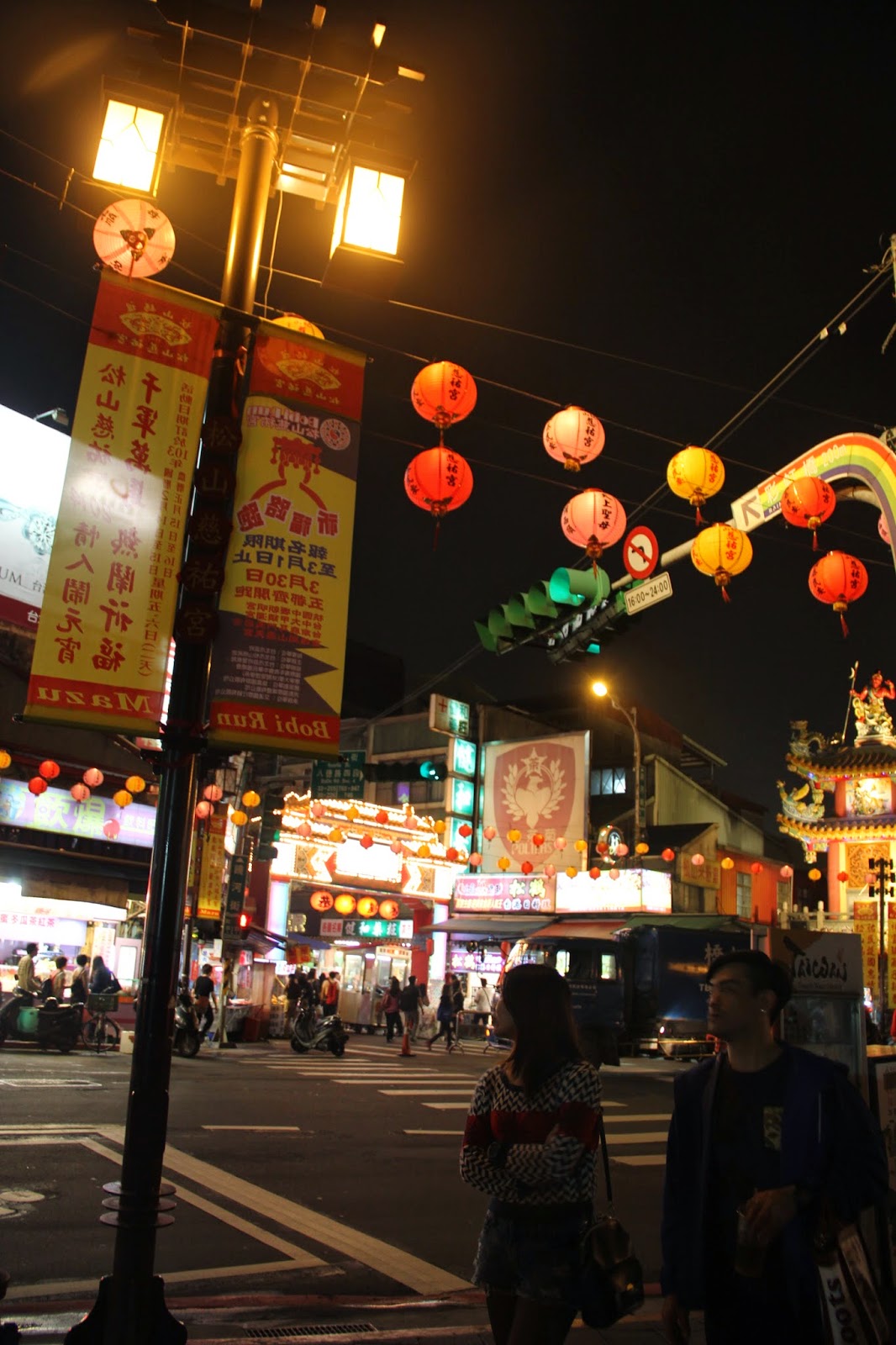 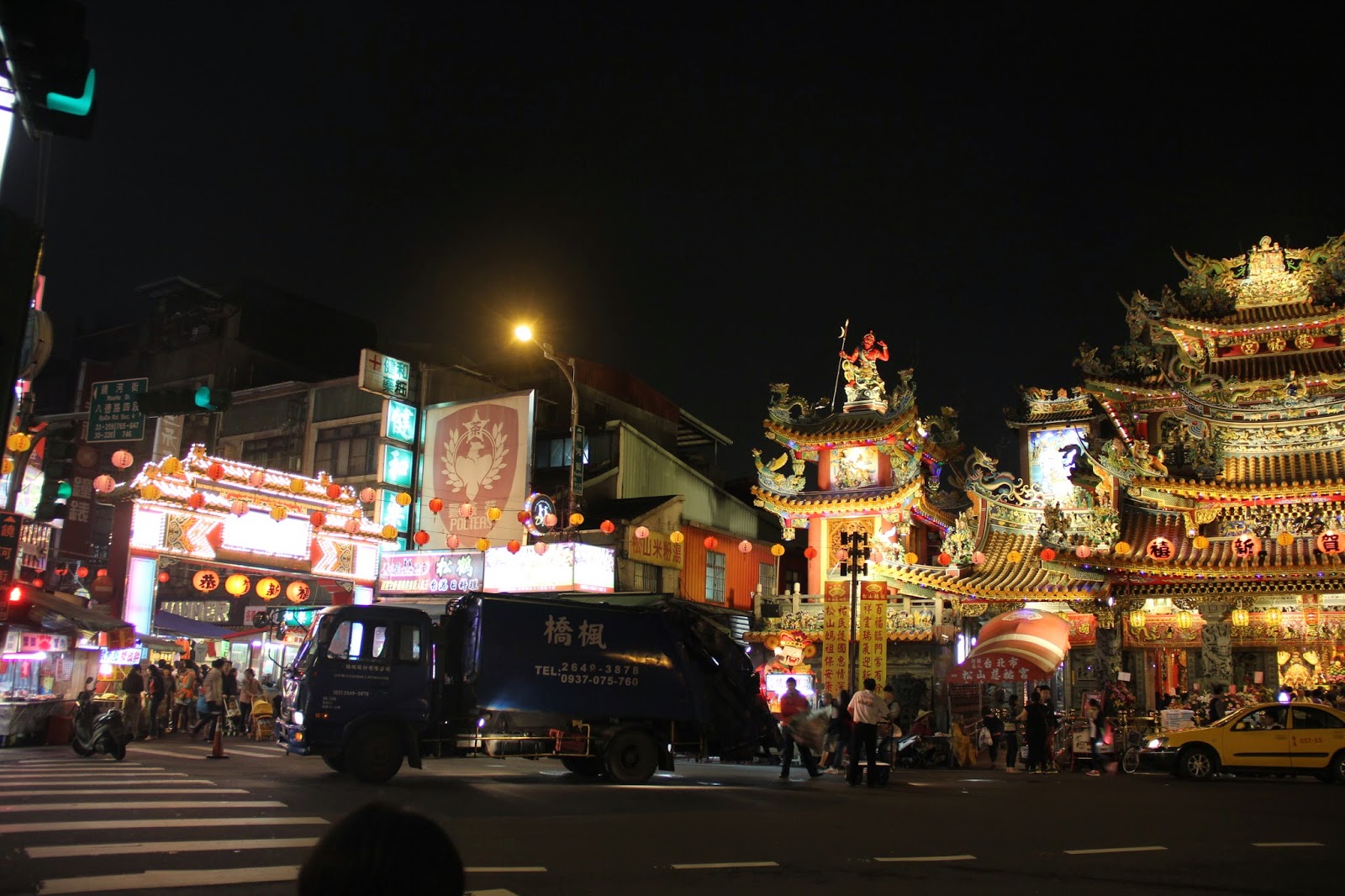 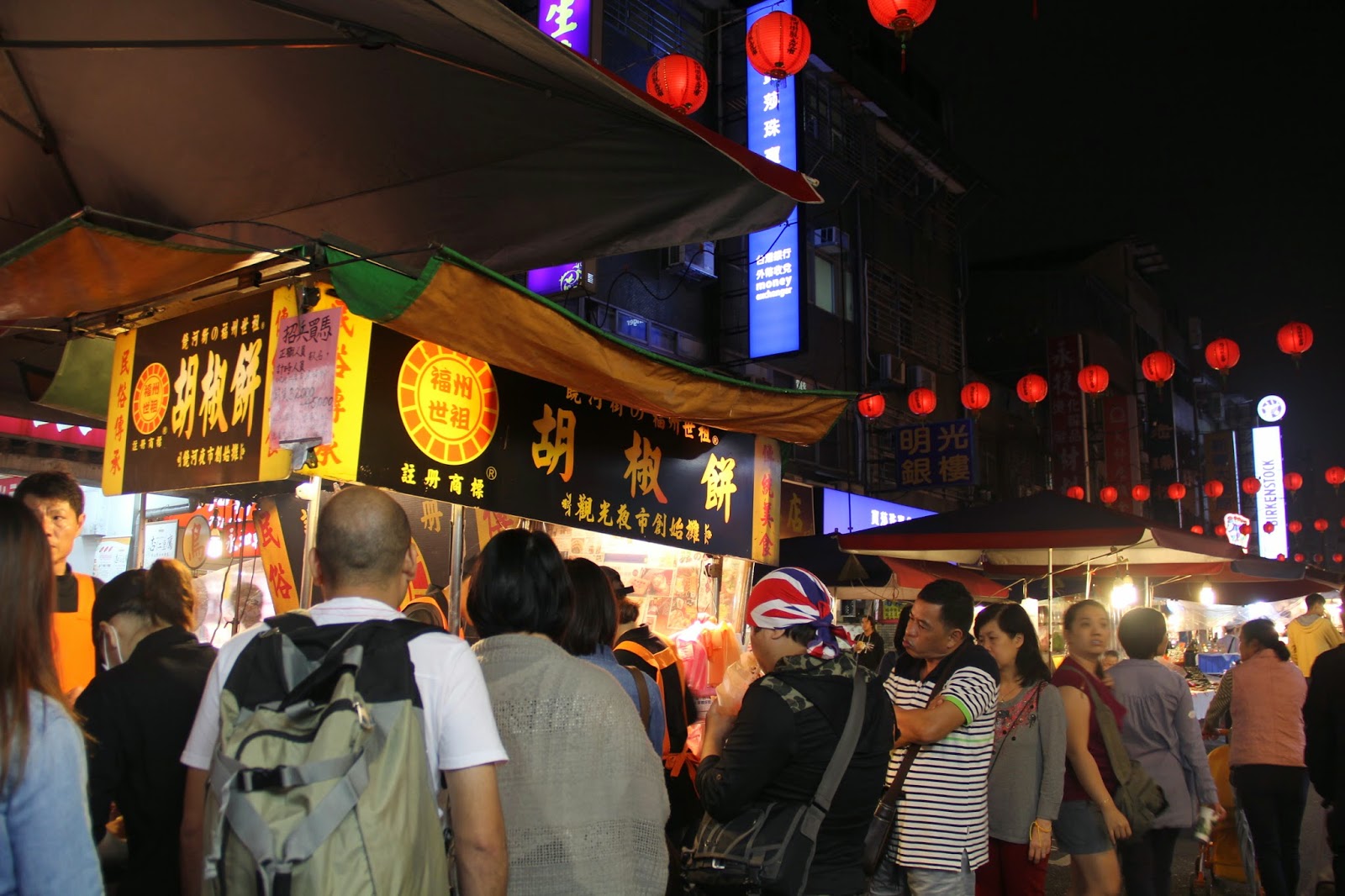 This was the famous peppered pork buns which tasted alright and in our opinion, if you are in a hurry, you're not missing out much from not waiting. The food selection here is definitely smaller compared to Shilin's but you do get less people here and probably slightly cheaper fares. 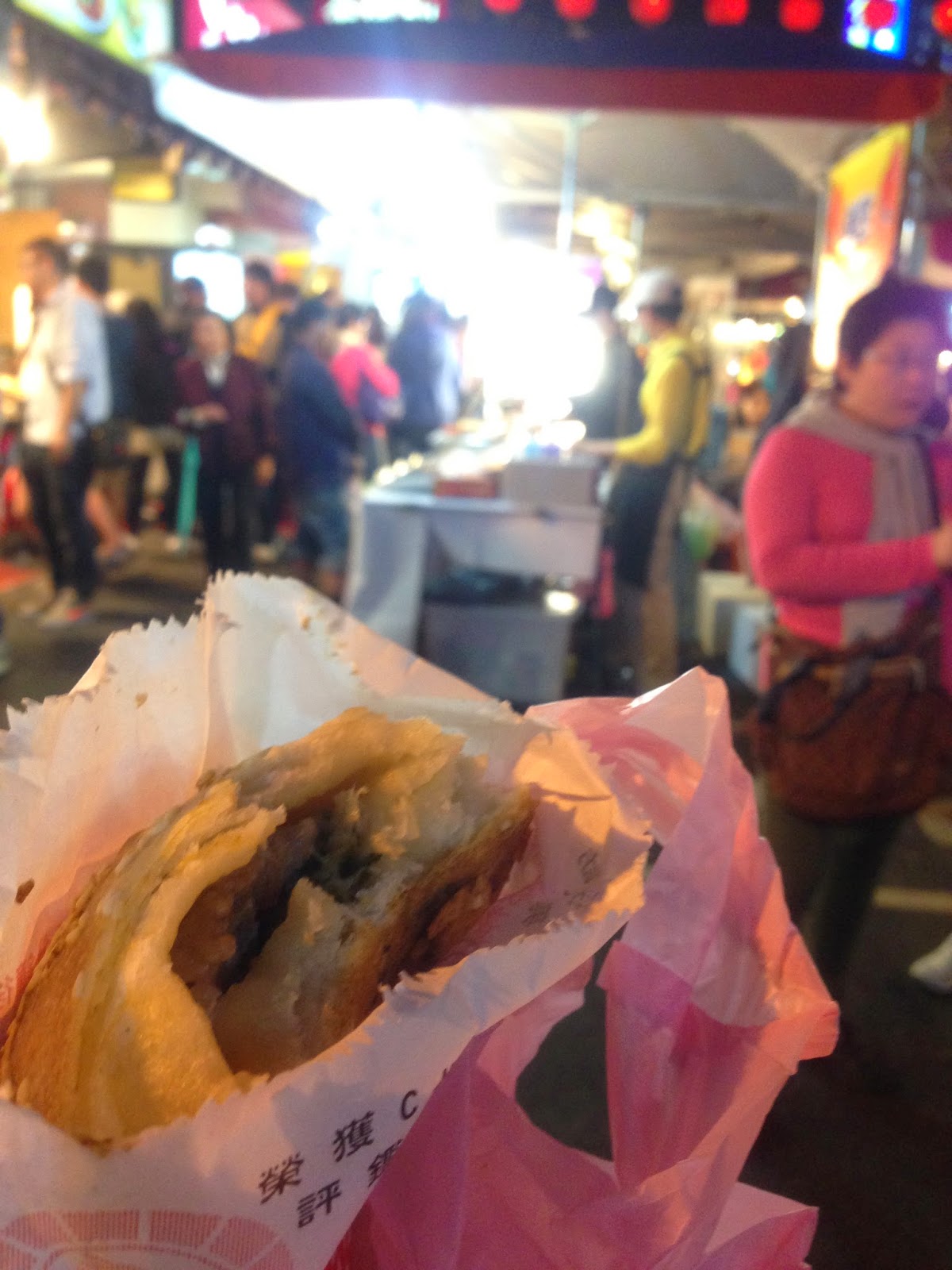 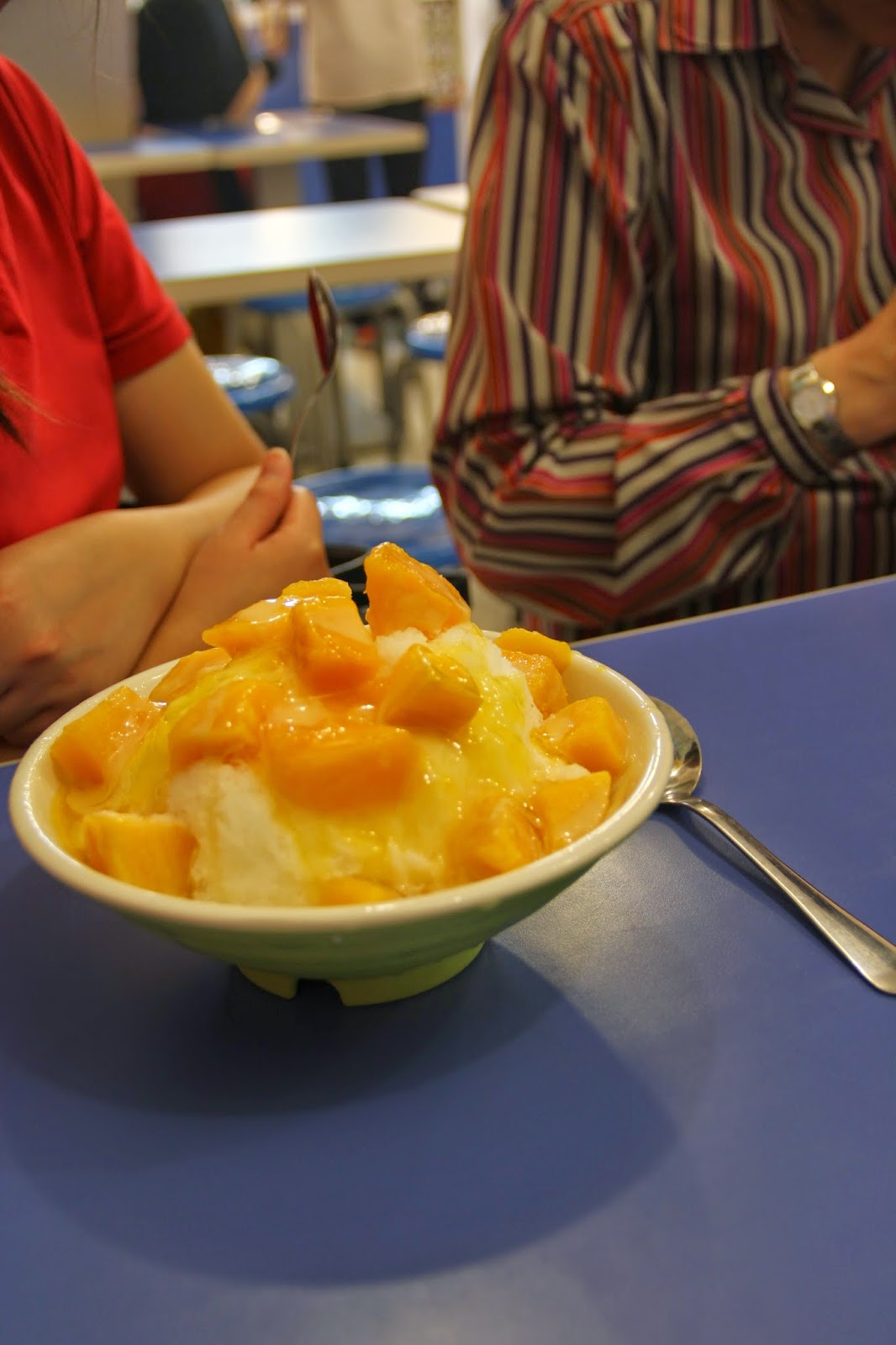 Randomly walked into one of their many shaved ice shops for a break and had mango shaved ice and red bean and green tea shaved ice. I reckon it was about aud$6 per bowl and it was sooooo huge. Pay upon exit and be spoilt for choices:) 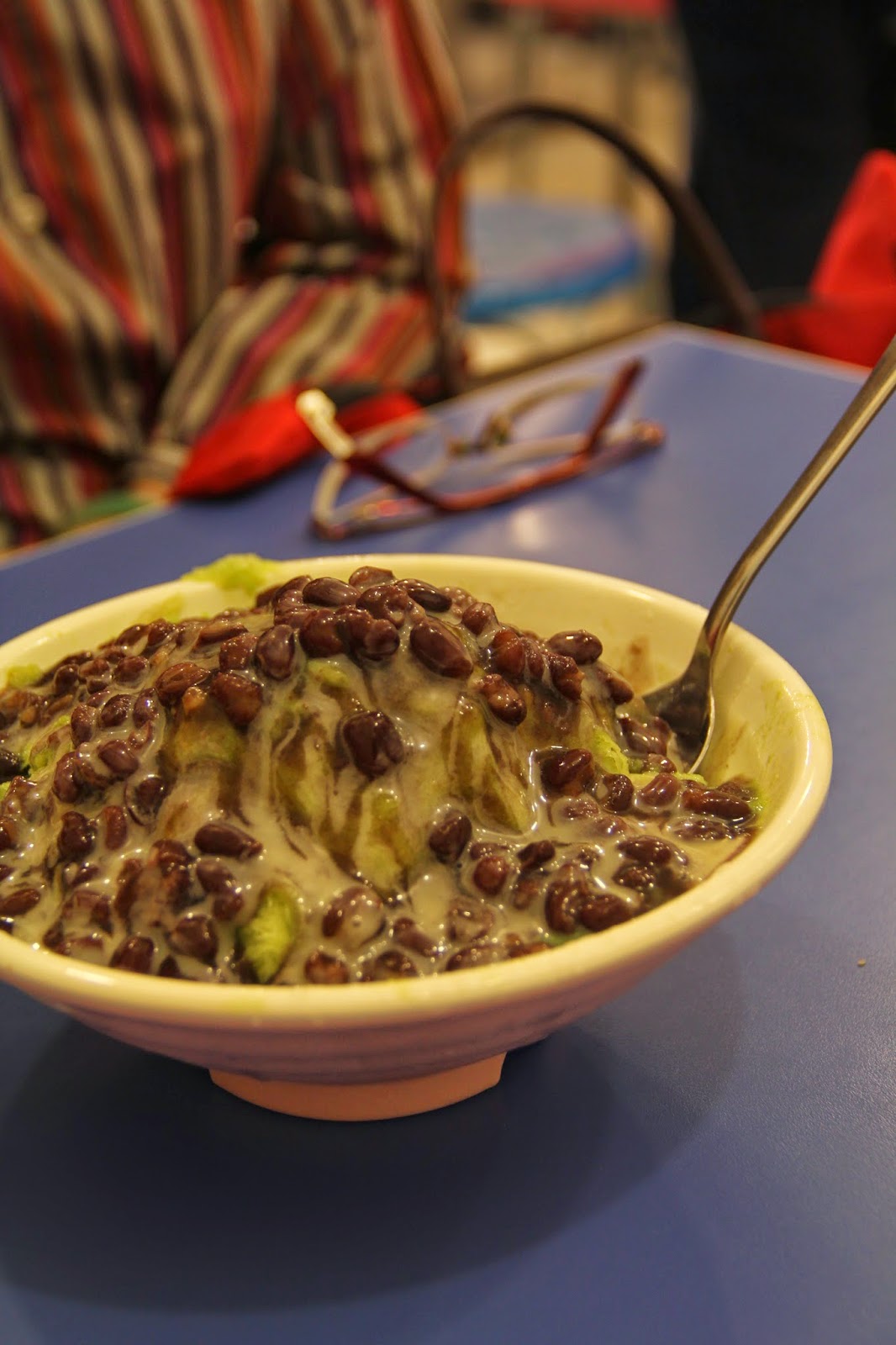 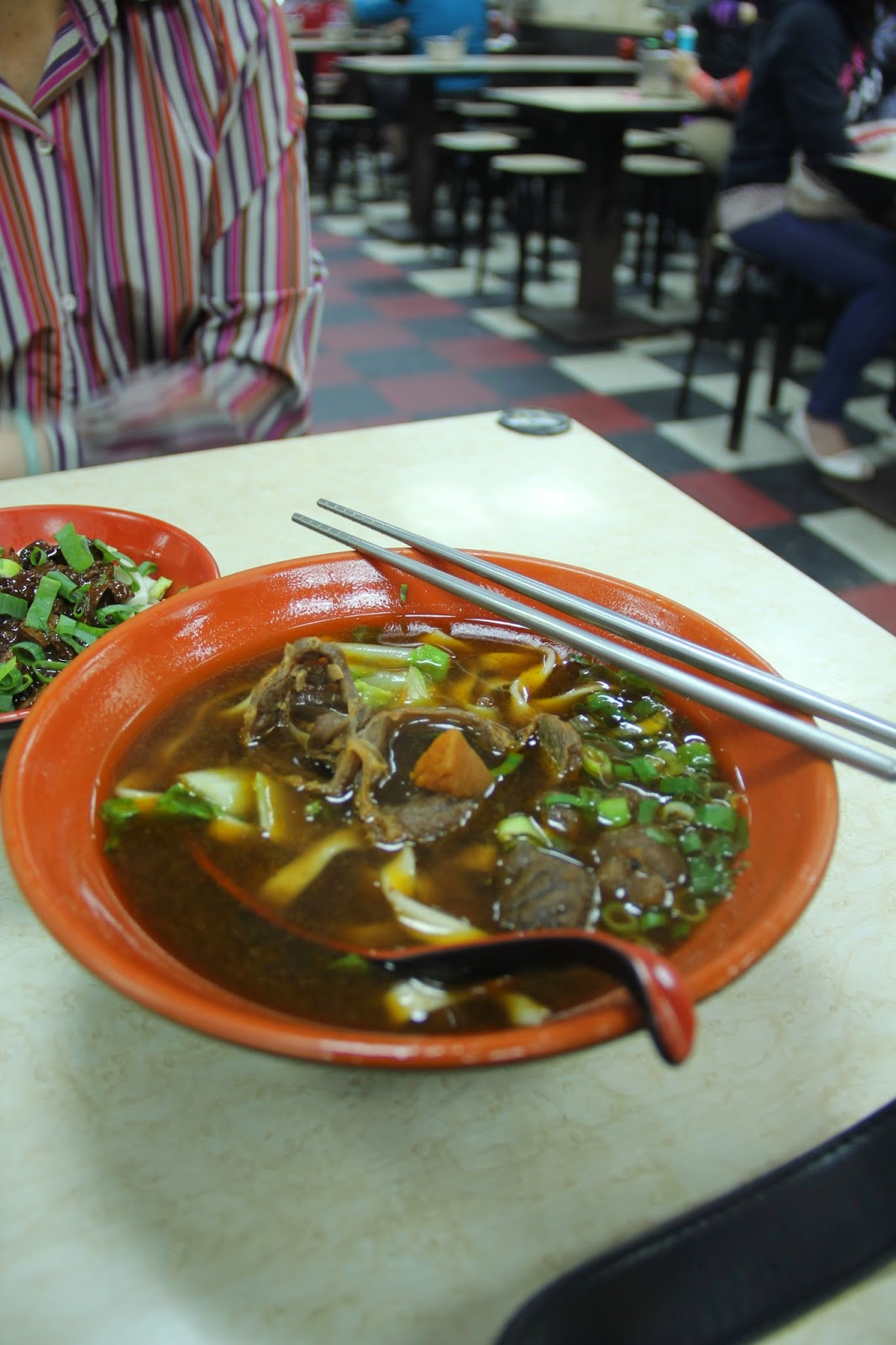 After walking further, we stopped at this beef noodle shop which appeared to be endorsed by many celebrities and did our best to interpret the Chinese menu. I could recognize a few words which lead us to what you see above; a decent bowl of beef noodle soup which was so good. Arrived on our table piping hot and it was slurp-tastic. 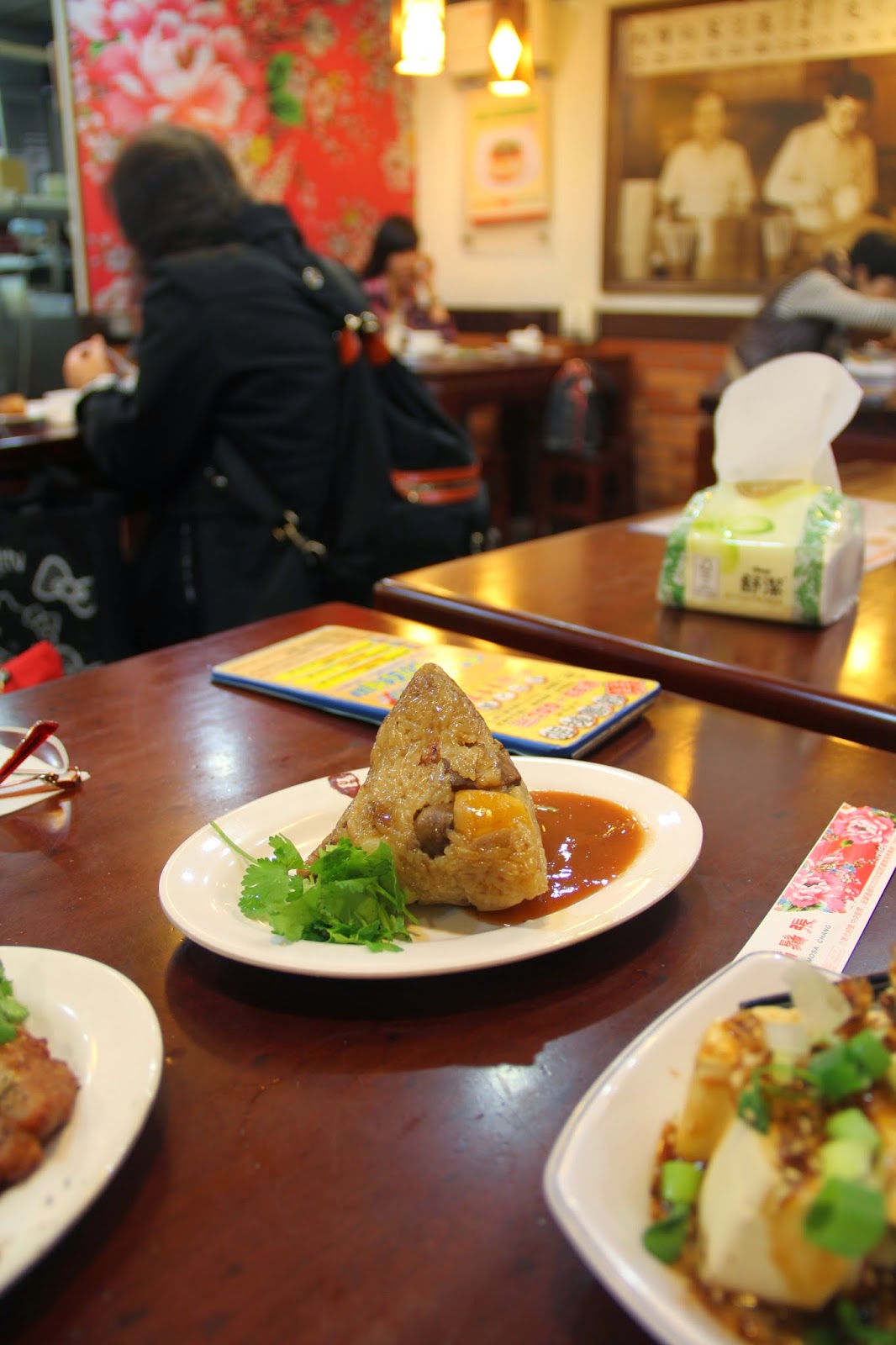 Oh, we also nibbled a bit at Farmosa Chang, a random shop that was not excessively crowded with people. Gave us some space and time to breath!:)

Be on the lookout for Day 4, coming up sometime this week:))
Posted by Michelle at 5:18 AM