While we are on the thought of heading to the beach and soaking up some sun rays, how about munching up some snacks to remain pumped up for all those beach activities?

At the beach, one must have an ice cream. It has been a trend for centuries and would you be surprised to know that ice cream was actually invented in the 1700 century? I certainly didn't know that at all!

We headed to Copenhagen for some frozen delights and as usual, there are too many variations to choose from so we decided to stick to our favourites. I would love to have a sit down session and evaluate every single flavour available:) 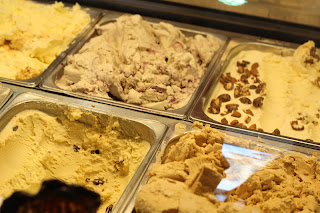 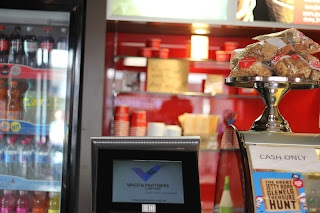 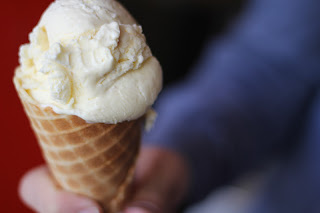 Honeycomb flavour~ contains small chunks of honeycomb in it which blended in extra taste to the ice cream. I didn't find this sweet at all although some may disagree:) 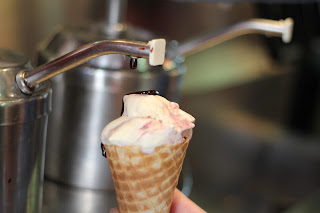 At Copenhagen, patrons can add their own toppings of chocolate sauce, sprinkles and nuts. I would recommend getting the cup-shaped cone as it gives you more room to load up on those toppings. 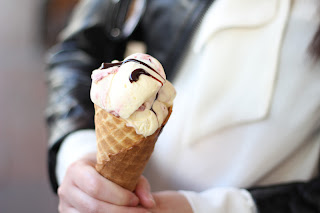 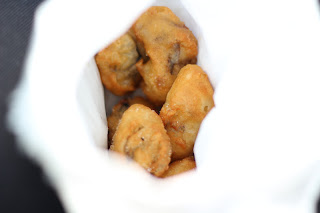 On a side note, we also had some deep fried oysters from a fish shop next to Bracegirdle's. I like the crumbly mixture used to coat the oysters prior to frying. It's fluffy on the inside, crisp on the outside and goes well with a light dash of salt.

Email ThisBlogThis!Share to TwitterShare to FacebookShare to Pinterest
Labels: adelaide