Another potato recipe!! Potatoes are such a versatile ingredient to cook with and from my previous blog posts, one would know that I'm a HUGE potato eater. Be it mashed, fried, roasted or boiled, it's all too good to resist=P 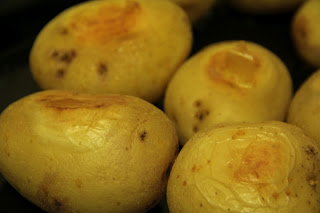 Baked potatoes for slightly less than 1 hour..I didn't have much time to cook so yea...would have been best if it was much longer (I still had raw parts in the middle of the potato). Sieved the potatoes and it just melted through. Best part of all, the potato's skin tastes uber good! I couldn't help eating it whilst peeling them:p 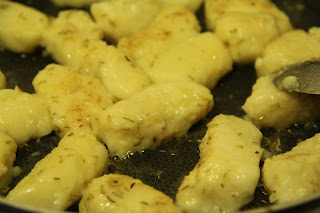 After mixing it with 2 eggs, some salt and flour, I boiled it, drained it and fried it with a bit of rosemary. Was worried that the gnocchi would stick to the pan but surprisingly, it didn't hehe^^ 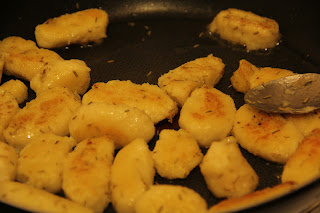 I fried mine until it's golden brown. 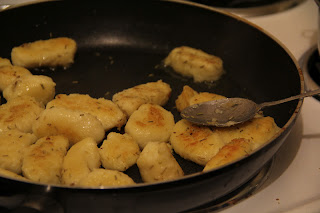 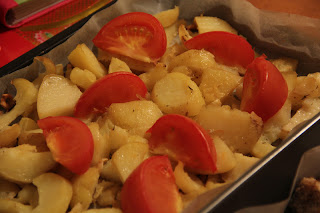 A side of potatoes, garlic and tomato salad. All oven roasted with a dash of butter:) 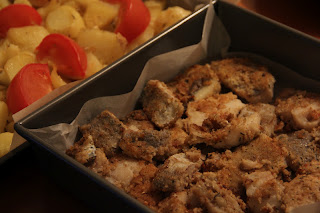 Pan-fried my fish with breadcrumbs and some tarragon. A light way of cooking the fish, ey =D 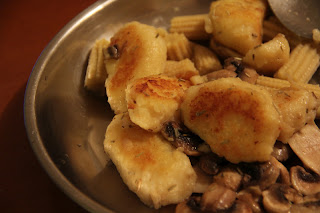 Cooked the gnocchis with mushrooms and a bit of corn for completion. I love love this recipe. I must re-make it again. It tasted unbelievably good and was easier to make than I had expected *am now drooling just by looking at this picture!* 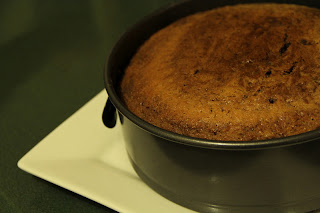 Baked a marble chocolate cake that day. I can have my cake and eat it too!!xD 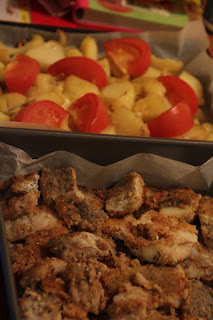 Email ThisBlogThis!Share to TwitterShare to FacebookShare to Pinterest
Labels: recipes