Hello peeps! It's been more than a week since I last blogged because...I have been away in Hong Kong!!! I loved every bit of adrenaline I get from breezing through the streets and alleys in search of food and a good bargain. I have been google-ing up for some of the city's best bites and managed to narrow down the selections to what is most convenient for the gang.

First up would be Tim Ho Wan. This Michelin-star restaurant had recently opened up a branch in Singapore and created a buzz among the Singaporean foodies. We opted to go to this branch (which is not really the original branch) as it was nearer but still had to wait for a good 20 minutes before we could squeeze in! The place was packed full of people. We sat next to a group of Singaporeans who were obviously there to review the place.

I have learnt that you may need to push through the crowd to get a ticket otherwise everyone else will. Tables were not very big but they suffice with a lot of dim sum plate organizing and team work with finishing off the food. 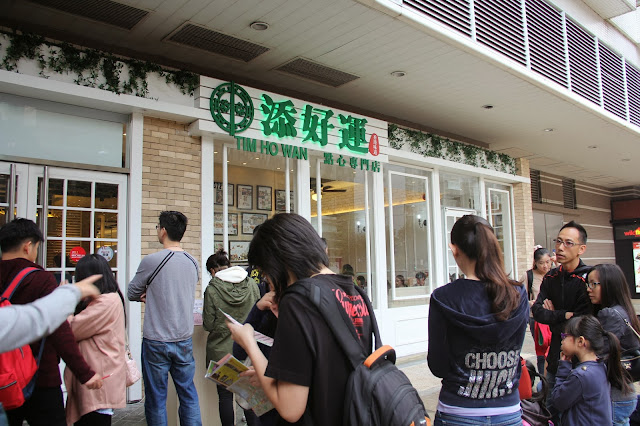 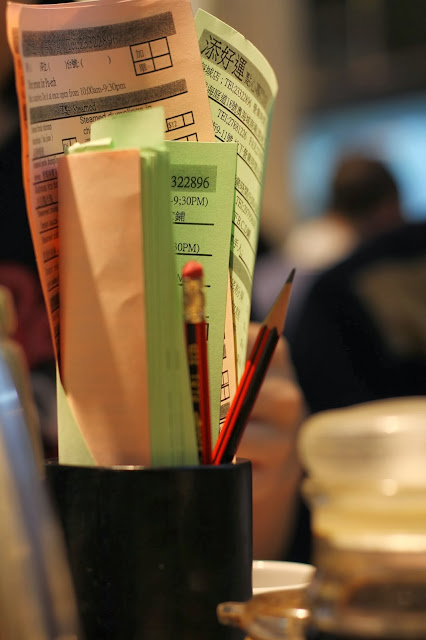 The trick here is to be fast. Read the menu and tick the dishes that you want before entering so that they can serve you quickly. 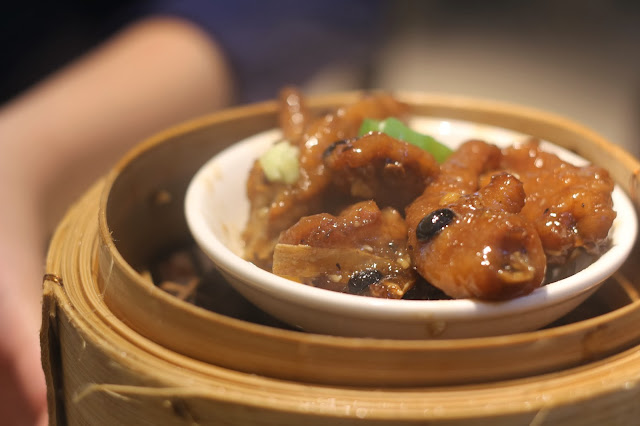 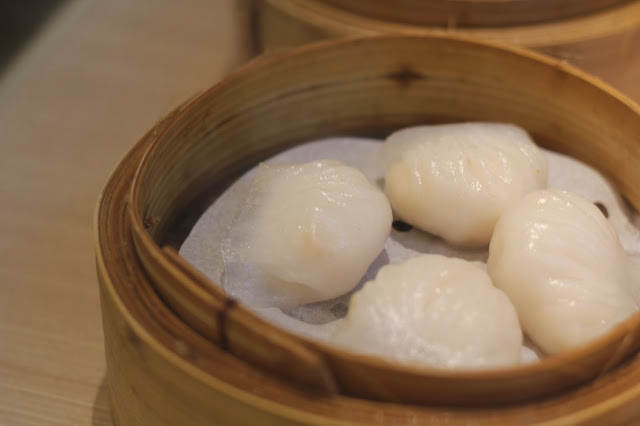 Har gao ~ the bunch of us had our favourites to pick and this was one of them. The prawn dumpling's skin was very sticky but thin at the same time. It tasted similar to a few restaurants that I have stumbled upon in Malaysia. 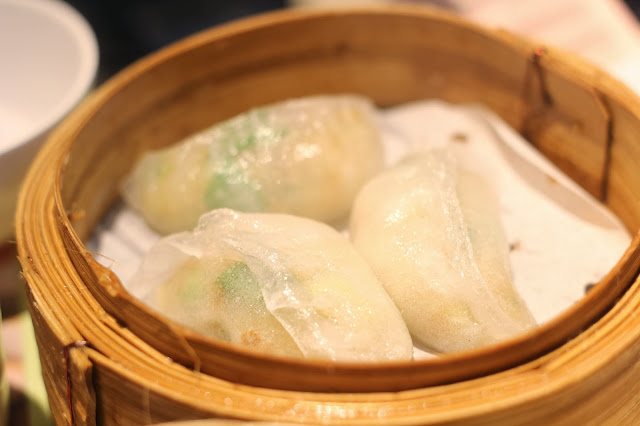 Seafood dumpling ~ same sticky skin characteristics as the har gao and tasted good and it is comparable to some of the ones in Malaysia. 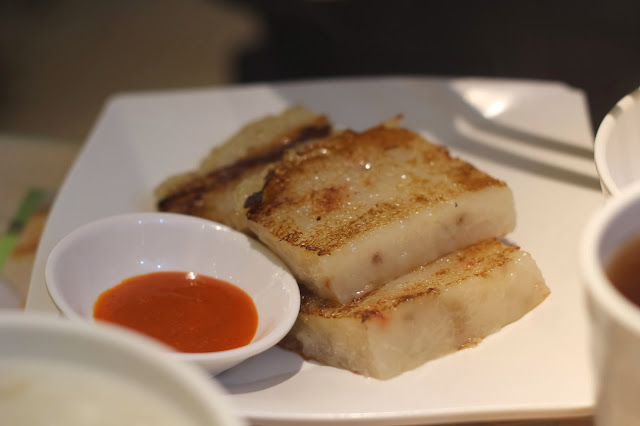 Fried radish cake ~ not too oily and had the right amount of radish in it (unlike some of the excessively flour-y ones that I have encountered). Was yummy. 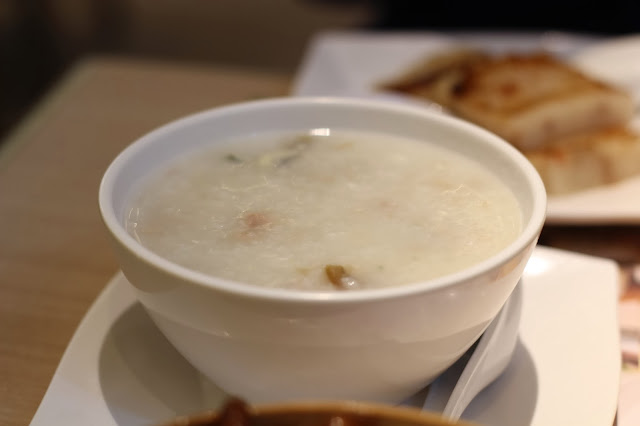 Congee ~ apparently Hong Kong is famous for their porridges so the sister opted to give this a try. It was silky smooth and the rice grains were not too hard. Did not mind it at all but I think my dad does put up a good congee himself haha. 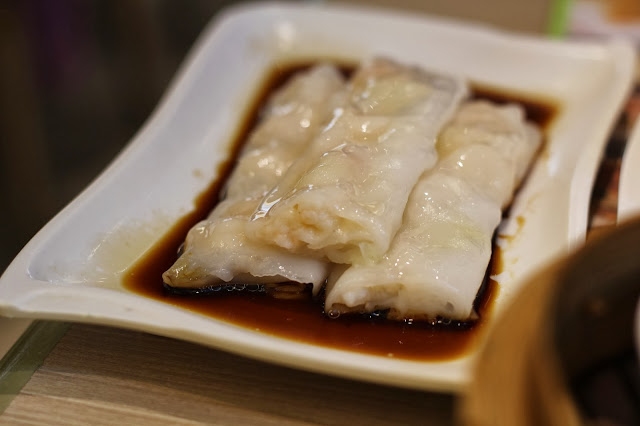 Chee cheong fun ~ not too bad at all. Thin rice pastry layer enclosing prawn fillings. Once again, another comparable dish to the Malaysian version. 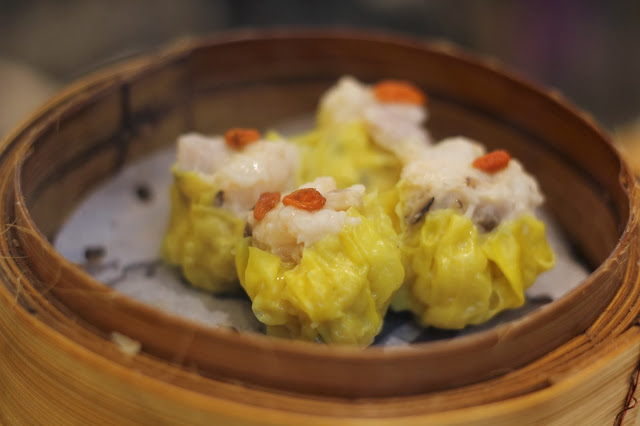 Siew mai ~ the pork meat used here did not have that strange undesirable smell that you may encounter in some reastaurants and overall, was good. 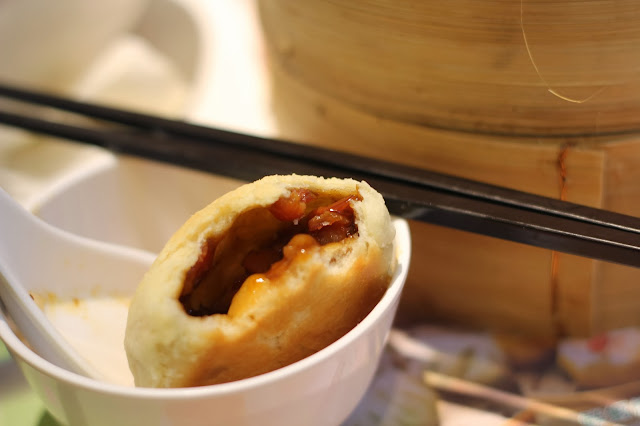 Pork buns ~ ok, this one was definitely different. The outer bun layer must have been fried to achieve that golden gloss and the meat filling was piping hot once we bite into it. The amount of pork gravy used was not excessive and was neither too stingy. A must try here:) 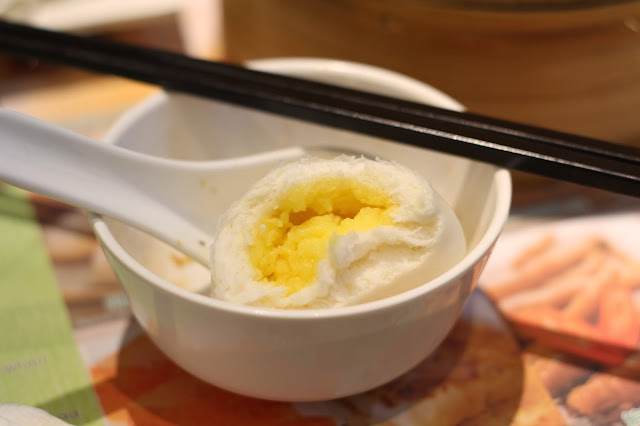 Steamed custard pau ~ can never say no to a good custard pau and although the custard used here was a little lumpy for my liking, it still tasted yummy:) 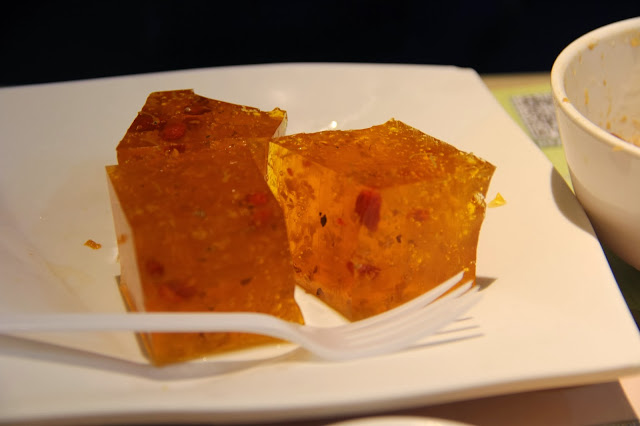 Jelly ~ cannot remember the name of this one but it was delicious and probably a very unique jelly flavour. It was not too gelatinous (aka extremely hard type of jelly) and was neither too jello like as well. Held itself pretty well when we pierced into it. A must have indeed!