As the sister had not ventured much around Central, we decided to head there for a quick round prior to hailing a taxi to the airport. We walked past Yung Kee Restaurant and the sister burst into excitement, urging me to head here for a dim sum session. And so we waited in line along with the other tourists/ locals for what felt like 20 minutes before we were assigned a table for both of us. And it was a huge table.

The restaurant is pretty grand in appearance and it wouldn't surprise me to know that they are always booked out during celebratory occasions. No dim sum for us as they mostly serve award winning roast meat and a few other side dishes. The sister looked disappointed as she was certain someone told her it was a dim sum place. And so we had a look at the menu and selected a couple of dishes to try.

On a side note, they do sell some of the better quality Chinese sausages and preserved meat so if you are nearby (and if your country's custom officers allow you to bring them in), do give it a go! 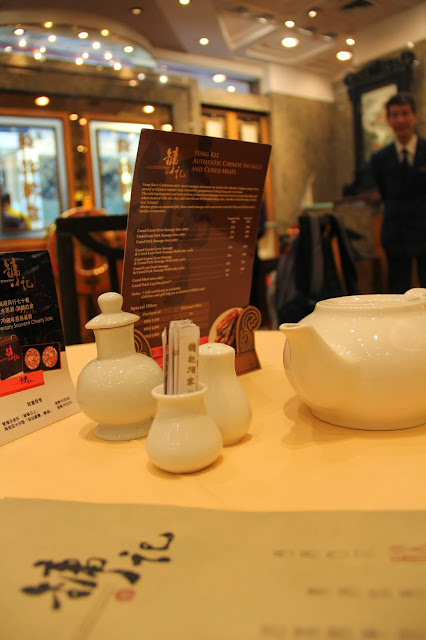 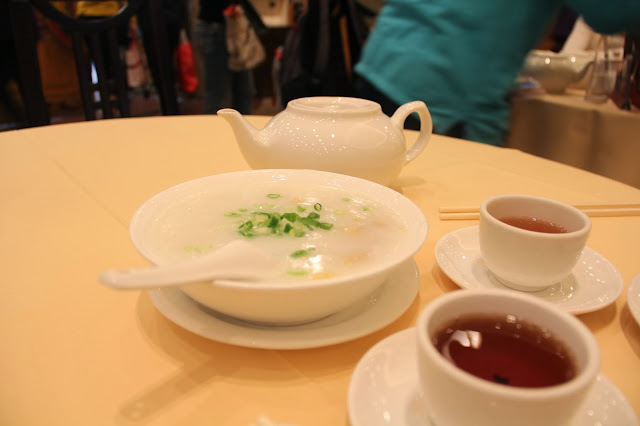 We ordered a bowl of congee which was silky smooth and very easy to digest, in my opinion. Can't be in this fancy restaurant without a cup of Chinese tea to keep ourselves hydrated and refreshed!:) 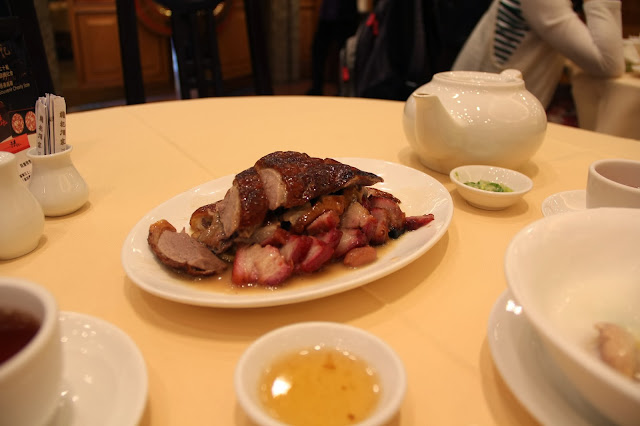 We ordered the roast duck, roast chicken and roast pork combination platter which was sufficient for both of us. This platter was accompanied by a plum flavoured and ginger/garlic/scallion dipping sauce. All the different types of meat were juicy, tender and so so yummy. Would definitely head there again in the future!:)

And so, that ends my Hong Kong food diary. Up next week would be my Hong Kong travel diary which is loaded with pictures and lots of interesting stories behind each of them. Stay tuned!
Posted by Michelle at 3:48 AM